MONTICELLO, Ind. (AP) — A popular northern Indiana lake that shrank dramatically last year due to a drought and water releases required to protect rare mussels has rebounded to its normal level thanks to generous winter precipitation.

Snow and rainfall have raised Lake Freeman back to normal after it dropped several feet during 2020's drought, which the prompted water releases to safeguard the federally endangered mussels.

Lake Levels Task Force Chairman John Koppelman said the water's rebound is good news as spring approaches at the lake, which is a popular boating destination in Monticello.

“We’re just fortunate. It just kind of shows how Mother Nature can help out,” Koppelman told WLFI-TV, adding that he hopes that 2021 is not another dry year.

Monticello is located about 25 miles northeast of Lafayette and is the home of the Indiana Beach amusement park on adjacent Lake Shafer.

Starting in 2014, the U.S. Fish and Wildlife Service mandated that a higher volume of water be released through Lake Freeman’s Oakdale Dam during dry times to aid populations of federally endangered mussel species located south of that dam along the Tippecanoe River.

Chris Peters, who owns the Madam Carroll — a 135-foot-long passenger boat that offers cruises with live entertainment and dining — said the past year has been tough as Lake Freeman's waters shrank.

“It’s been seven months of hell,” he said.

But with the lake now back where it should be Peters said the boat will “be cruising" soon.

Tags:Lake FreemandroughtMonticello
Support independent journalism today. You rely on WFYI to stay informed, and we depend on you to make our work possible. Donate to power our nonprofit reporting today. Give now. 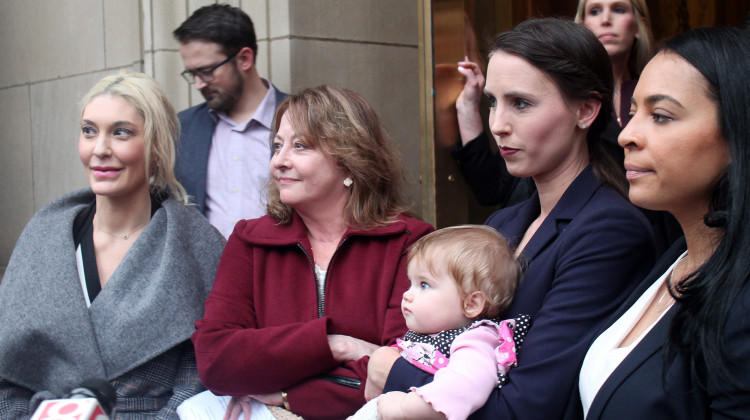 Almost three years to the day after USA Gymnastics announced it had filed for bankruptcy, a majority of survivors of sexual abuse in the sport voted in favor of a proposed settlement plan.
Read More

The Hoosier chapter of the Sierra Club and three other environmental groups have reached a settlement with BP for emitting too much particle pollution at its Whiting Refinery in northwest Indiana.
Read More