“Right now, as Democrats, we’re at our lowest level of national, state and local influence in nearly a century,” Buttigieg says in the announcement. “It’s time to make a new plan for our future.”

Buttigieg was first elected as mayor of South Bend at the age of 29 in 2012, making him the youngest mayor of a city with more than 100,000 residents in the United States. He’s considered a rising star in the Democratic party because of his efforts to turn what was once dubbed a “dying city” around. He unsuccessfully ran for Indiana treasurer in 2010.

Last year, Buttigieg penned an essay coming out as gay, making him the first openly LGBT executive official in the state. He’s also an officer in the U.S. Navy Reserve. He took a leave of absence when he was deployed to Afghanistan for seven months in 2014.

“This is personal for me,” Buttigieg says in his announcement. “I didn’t just see Afghanistan on the news, I lived it, driving and guarding vehicles outside the wire. I could be ordered back to war by a reckless president.”

Pete Buttigieg for DNC from Pete for DNC on Vimeo.

Buttigieg enters a crowded field of candidates for DNC chair. U.S. Secretary of Labor Tom Perez and Rep. Keith Ellison, D-Minnesota, are among those vying for the position.

“With investments in things like community development, job creation and infrastructure during his time as Mayor of South Bend, Pete Buttigieg has the capability of bringing a much-needed Midwest voice to the Democratic Party that will resonate across the country,” John Zody, Indiana Democratic Party Chair, said in a statement.

Buttigieg’s term as Mayor of South Bend will end in 2020.

The DNC will elect its new leadership in February.

Tags:South BendPete ButtigiegDemocratic National Committee
Support independent journalism today. You rely on WFYI to stay informed, and we depend on you to make our work possible. Donate to power our nonprofit reporting today. Give now. 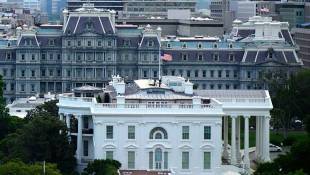