INDIANAPOLIS -- New high school diploma requirements that drew criticism for a variety of reasons will head back to the drawing board after the State Board of Education voted to postpone any action that would put the diplomas into effect.

Last week, the board held a special meeting to hear hours of public testimony regarding various changes to the diploma options. Those included a reduction in diploma choices, an increase in overall credits, an increase in math credits, limits on fine arts credit requirements, graduation capstones and a set of classes to make kids “college and career ready”.

Because of pushback on many of the new changes, board member Steve Yager proposed a resolution that sends the diplomas to a new committee for reevaluation of credit changes and requirements. The board voted unanimously in favor of the resolution.

State Superintendent Glenda Ritz will now create a committee to come up with new proposals, and says she will create separate task forces that will focus on the specific areas of concern (special education, fine arts, etc.) that will report to the larger committee.

The Core 40 Committee, a group of educators, university officials and business executives, created the original diploma changes, and Ritz says many of the concerns brought forward by the public were raised in this group’s original discussions.

“The Core 40 committee actually addressed and wrestled with all of the items that have been brought forth to us, so they’re not new topics,” Ritz says. “We’ve heard from a lot of constituencies regarding the topics so I think we’re just going to do further refinement, make sure we have clarity, keep bringing it back to the board and I think that’s our goal.”

Ritz will immediately begin assembling the new committee to rewrite the diplomas, and says she expects to bring new proposals back to the board by April.

Legally, the board needed to take action on the new diplomas by Dec. 1, so the vote adopting the resolution meets the requirement.

The new diploma types go into effect for the 2018-2019 school year, and Ritz says this rewrite will not push back that implementation date.

Tags:Glenda RitzState Board of Educationhigh school diploma
Support independent journalism today. You rely on WFYI to stay informed, and we depend on you to make our work possible. Donate to power our nonprofit reporting today. Give now. 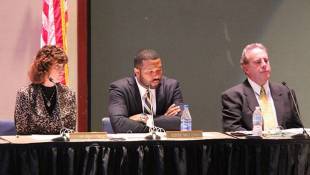 With only two months left in the calendar year, Indiana schools are now one step closer to finally seeing their standardized test results from last spring.