INDIANAPOLIS (AP) — Some lawmakers and advocates are concerned about the process of relocating two schools for blind and deaf students, arguing that it's being rushed because the schools sit on valuable Indianapolis real estate desirable for development.

An assessment found that both schools combined would need about $96 million for maintenance. Recently, the schools requested more than $8.3 million for projects, ranging from HVAC replacements to roof repairs, which led to the consideration of moving them to new buildings that require less upkeep, according to Republican state Sen. Liz Brown from Fort Wayne.

“Are we as a state spending money on a building, when it could be going to a student? That concerns me,” Brown told the Indianapolis Business Journal. “I would much rather see us focus the dollars on the student.”

The schools serve a total of about 500 students from preschool to high school annually, providing deaf and blind students with an education advocates say they can't obtain in traditional public schools.

Last year, the General Assembly formed a task force to focus on the schools’ future, which concluded that building new, separate schools on a shared campus would enable the schools to serve students better. The group is still working on more detailed evaluations about what new schools might offer and where they could be located.

But some officials say moving the schools is being rushed because their land is a valuable real estate asset.

Melissa Keyes, executive director of Indiana Disability Rights, who served as an advisory member of the task force, said the value of the two properties and whether they could be redeveloped was not discussed during meetings. But it’s “obvious that’s what’s playing into it,” she said.

“Sixty acres (near) Meridian-Kessler? It’s kind of hard to not recognize that that would be a prime piece of property if there wasn’t a school on it,” Keyes said.

But Brown, chair of the task force, said the group wasn’t focused on the real estate, but rather on how to best serve the schools’ students while being mindful of how taxes dollars are spent.

Tags:Indiana School for the Blind and Visually ImpairedIndiana School for the Deaf2020 legislative session
At WFYI, our goal is to cover stories that matter to you. Our reporting is rooted in facts. It considers all perspectives and is available to everyone. We don't have paywalls, but we do need support. So if unbiased, trusted journalism is important to you, please join us. Donate now. 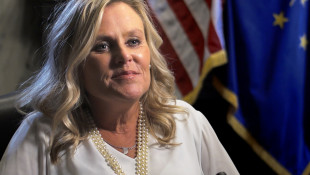 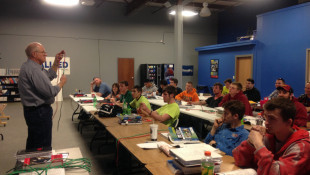