Indiana’s state schools superintendent says state lawmakers have told the Indiana Department of Education that the next state budget will be tight and there will be less money than expected for education.

Jennifer McCormick says since the Department of Child Services has asked for hundreds of millions more dollars a year, that means less for other agencies.

“We’re hearing there’s just not a lot of revenue to go in a lot of different directions.  We know DCS – we’ve been told’s gonna take a big chunk of that because of need, and we understand that.  So we’re hearing just very little left for anyone.”

In recent days, McCormick and Gov. Eric Holcomb have publicly disagreed over when to ask for money to increase teacher pay in the state.  Today, Holcomb said he supports giving K-12 schools more money in their general funds in the hopes districts will independently spend on teacher salaries.

McCormick says she supports any increase for school funding.  But she hopes it will be enough for everyone.

“A little bit confusing because of the way Indiana’s formula works.  If we get like a 2 percent increase, that does not mean every school gets money.  So – because of that money following the student.”

McCormick says schools are already learning how to operate with less.  Between an explosion of new charter and non-public schools and a statewide population decline, 54 percent of public school districts saw enrollment decline between 2016 and 2018.

Tags:Jennifer McCormickBall State UniversitySchool Funding
At WFYI, our goal is to cover stories that matter to you. Our reporting is rooted in facts. It considers all perspectives and is available to everyone. We don't have paywalls, but we do need support. So if unbiased, trusted journalism is important to you, please join us. Donate now. 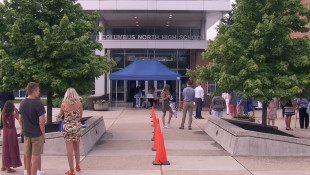 Despite worries about COVID-19's impact on the economy, voters appear to be supporting funding proposals from school corporations across Indiana.
Read More 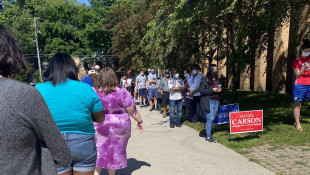 More than a dozen school districts are seeking voter approval for referendum funding during today's primary election, and leaders and school officials say the pandemic has changed how they talk about their proposals.
Read More