INDIANAPOLIS (AP) — Indiana's state treasurer is the latest candidate entering the race for the congressional seat being given up by Republican Rep. Susan Brooks.

Mitchell's previous elected position was as a commissioner in northern Indiana's Cass County, which is outside the district that stretches from the northern Indianapolis suburbs to rural areas around Marion.

Former state Rep. Steve Braun of Zionsville is the other prominent Republican who's filed a candidacy since Brooks announced in June she wouldn't seek a fifth term.

Former Democratic lieutenant governor nominee Christina Hale and fellow Democrat Dee Thornton, who ran against Brooks in 2018, are running for the seat as well.

Tags:5th District2020 electionKelly Mitchell
Support independent journalism today. You rely on WFYI to stay informed, and we depend on you to make our work possible. Donate to power our nonprofit reporting today. Give now.

Indiana resettlement groups are eager to resume their work with an increase in U.S. refugee admissions that had been slashed under former President Donald Trump.
Read More 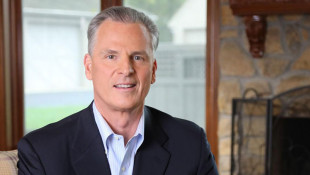 Steve Braun is the first prominent Republican to enter the race since U.S. Rep. Susan Brooks announced in June she wouldn't seek a fifth term. Democrats Christina Hale and Dee Thornton announced their campaigns for the seat in July. 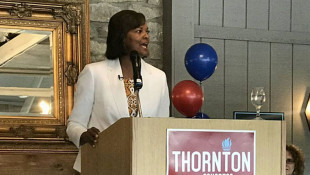 Dee Thornton is running for Indiana's 5th Congressional District. She ran against Republican Susan Brooks in 2018, collecting 44% of the vote. 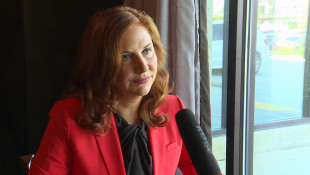