Gov. Eric Holcomb took the oath of office and delivered his budget to lawmakers this week, and Senate Republicans unveiled their priorities for the session.

Holcomb was sworn in as Indiana’s 51st governor in front of a crowd of around 3,000 people at the State Fairgrounds. In his inaugural address, he touted the state’s recent accomplishments, warned against complacency, and talked about meeting the challenges of addressing the state’s drug epidemic and building a work force for the future.

Holcomb also seeks pay raises for the State Police and a $100 million increase for the Department of Child Services.

And Senate Republicans rolled out their agenda. It includes a long-term road funding plan, replacing the state’s ISTEP test, dealing with the drug abuse crisis and reforming the state’s vaping regulations.

Tags:Eric HolcombIndiana Senate Republicans2017 legislative session
At WFYI, our goal is to cover stories that matter to you. Our reporting is rooted in facts. It considers all perspectives and is available to everyone. We don't have paywalls, but we do need support. So if unbiased, trusted journalism is important to you, please join us. Donate now. 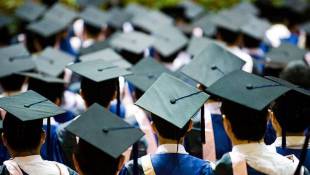 The Indiana Department of Education said Thursday that 89 percent of students graduated last year, compared to 88.8 percent in 2015.