The House this week adopted a floor amendment that would put a two-year moratorium on all new restaurant alcohol permits for grocery, convenience and drug stores – while grandfathering in Ricker’s convenience stores’ two existing permits. The Senate adopted an amendment that would bar Ricker’s from renewing its permits at the end of the year. It would also put more restrictions on other restaurant permit holders.

That prompted Ricker’s to issue a statement accusing lawmakers of “thwarting the will of the people.” Senate President Pro Tem David Long countered that Ricker’s – perhaps intentionally – sent a “rocket” into the state’s alcohol system.

And the House overwhelmingly approved a bill this week to legalize baby boxes in hospitals – over the objections of the Department of Child Services. The measure also gives the OK to the state’s two existing devices, both of which are in firehouses.

Tags:baby boxes2017 legislative sessioncold beer sales
Support independent journalism today. You rely on WFYI to stay informed, and we depend on you to make our work possible. Donate to power our nonprofit reporting today. Give now. 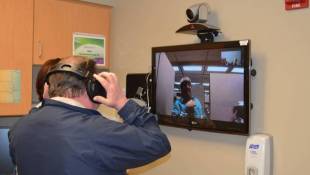 This year's telemedicine bill allows coverage for people on Medicaid.