As we celebrate Indiana's Bicentennial, it's fun to look back at very special model from the most-produced Indiana automotive brand.  Studebaker was once the world's largest vehicle manufacturer, producing most of its wagons and automobiles in South Bend.

Studebaker fans are likely familiar with the Avati sports car, designed by famed industrial designer Raymond Loewy.  Under its Coke bottle curves was a powerful supercharged V8 engine.  What most people don't know is Studebaker also put the engine in its compact Lark model, creating one of the first sport coupes -- years before BMW launched the 2002.  Studebaker only built 327 of these cars in 1963.

Called "R2" in Studebaker-speak, the V8 engine with Paxton supercharger displaces 289 cubic inches and delivers 289 horsepower and 303 lb.-ft. of torque to skinny rear wheels.  You can buy many family sedans with that much power today, but a compact with nearly 300 ponies was incredibly rare in 1963.  This was before the GTO, Mustang, Chevelle, or Charger really began laying rubber across America.

And, that's only part of what makes the '63 Lark special.  Enlow's car is painted red with white wheels and red/white interior.  The grille resembles Mercedes', and that's no accident.  Studebaker was once the distributor for Mercedes-Benz.  Interior details include gauges with orange lighting, as in aircraft, to help eyes better focus at night.

Keeping any classic car on the road is a challenge.  Enlow has spent considerable money refurbishing his Lark, but the effort is clearly worth it.  He owns a car that will bring joy for years to come.  It just happens to represent the best of one of Indiana's most renowned automakers. 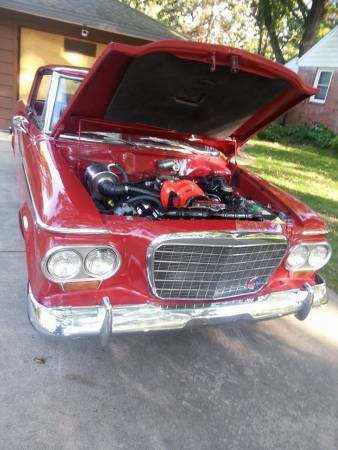 Tags:Indiana bicentennialautoStudebakerLarkStudebaker Larkclassic cars
Support independent journalism today. You rely on WFYI to stay informed, and we depend on you to make our work possible. Donate to power our nonprofit reporting today. Give now. 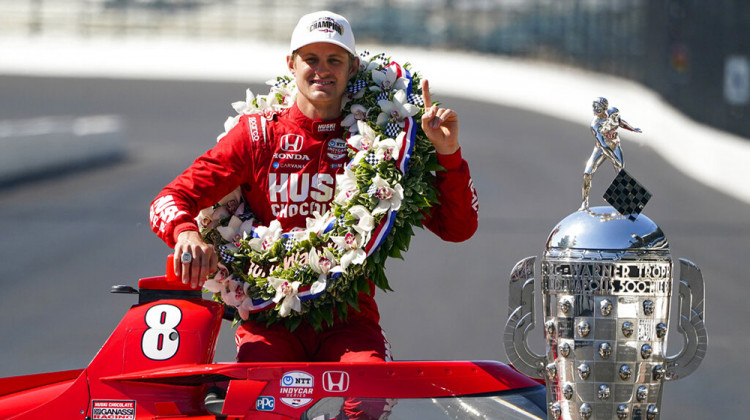 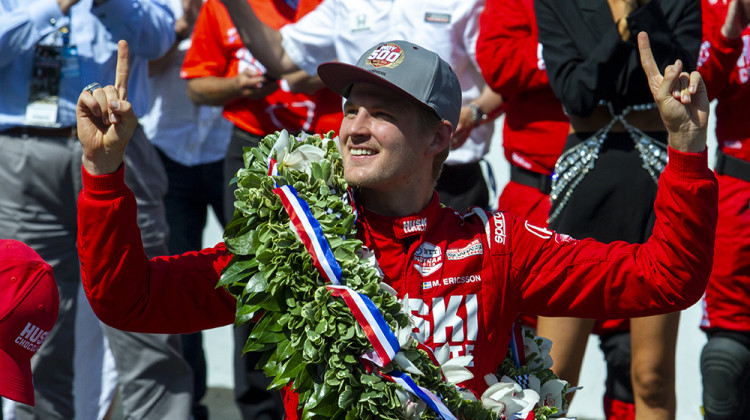 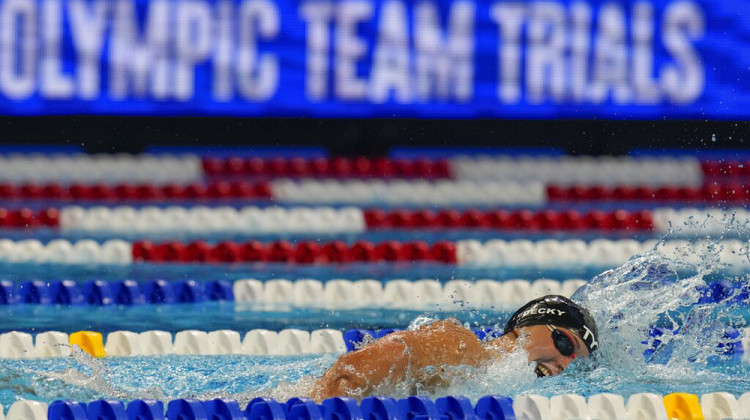