Study Committee On Hate Crimes Fails To Issue Any Recommendation

A decades-long debate over whether Indiana should have an explicit hate crimes law is no closer to a resolution.

A committee assigned to study the issue did not deliver a recommendation.

Committee chair Rep. Tom Washburne (R-Inglefield) says he’s not comfortable with the panel making any recommendation on the issue.

“[It] is a matter of public policy to be resolved by the elected General Assembly, meeting in full session,” Washburne says.

“If we wanted to, we could actually make some stronger or more detailed recommendation on the bias crimes thing," Pierce says. "I mean, the idea is to try to break the logjam here.”

Tags:legislative study committeehate crimeshate crimes law
Support independent journalism today. You rely on WFYI to stay informed, and we depend on you to make our work possible. Donate to power our nonprofit reporting today. Give now. 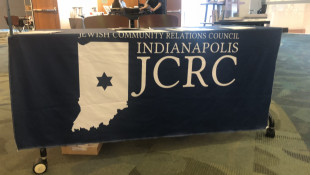 Anti-Semitism In Schools On The Rise