High-deductible health plans, which have lower premiums but higher out-of-pocket costs, help reduce health care spending, according to a new study from Fairbanks School of Public Health in Indianapolis. But the researchers also found that people on HDHPs are using fewer preventive services such as cancer screenings, perhaps because people are worried about getting stuck with the bill.

HDHPs have become more and more common since they were allowed in 2004. Last month, a survey from the Kaiser Family Foundation found that 28 percent of people who get insurance through their employer were enrolled in a high-deductible plan - an increase of nine percentage points over the last five years.

Professor Nir Menachemi studies health policy at IUPUI and helped author the study. "High deductible health plans seem to get consumers to be more cost conscious, sometimes at the cost of being health conscious," he said.

The article was published this month in Health Affairs. Menachemi and his team looked at years of study data and found that HDHP's are associated with fewer services, but, said Menachemi, that's not always a good thing. For instance, people were less likely to go to their primary care physician or to get cancer screenings. And while unnecessary trips to the ER were reduced, there was also a decrease in ER visits in emergency situations.

In fact, many of these preventive services are often covered under high-deductible plans. "It's clear that patients are confused about how their high-deductible health plans might be working," Menachemi said.

"When they suddenly become stewards of these high-deductible health plansand they're encouraged by the insurance company and others to be more cost-conscious, they need more education on what they can and cannot use without additional out of pocket costs," he said.

Tags:health insurancehigh deductible health plans
At WFYI, our goal is to cover stories that matter to you. Our reporting is rooted in facts. It considers all perspectives and is available to everyone. We don't have paywalls, but we do need support. So if unbiased, trusted journalism is important to you, please join us. Donate now. 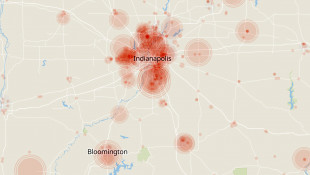 After months of keeping facility-level long term care data from the public, Indiana will begin to release it later this month.
Read More 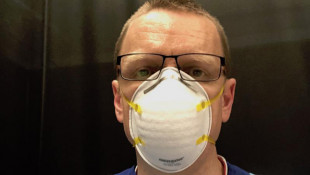 Local health providers say they haven't gotten enough support from the state, and communication has been uncoordinated and inconsistent. One says recent days were "pure hell."
Read More 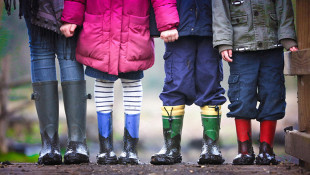 Even before COVID-19, the U.S. had a lot of catching up to do for children's mental health. This year, the CDC predicts the country will only meet 65 percent of the demand for child psychiatrists. And Iowa has one of the lowest rates per capita in the country.
Read More