Study: Renewables Would Have Biggest Impact On Health In The Great Lakes Region 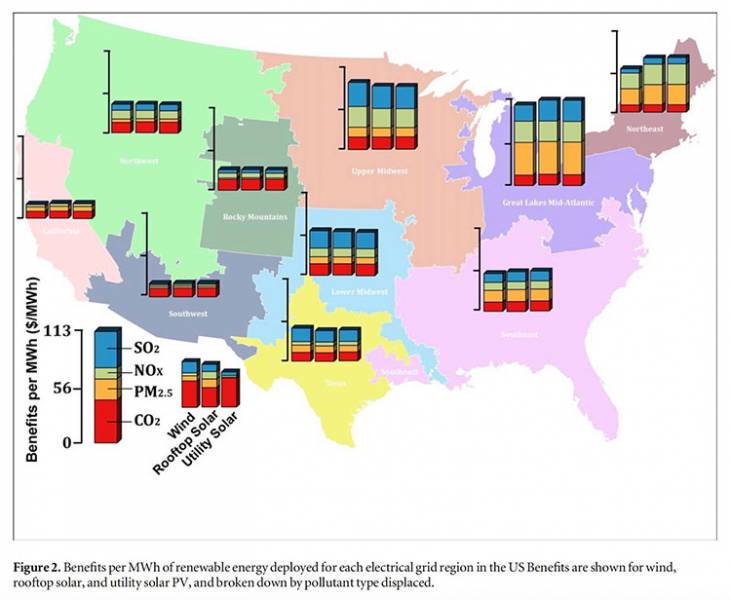 The Great Lakes region is the best place in the U.S. to put renewable energy sources to get the most health benefits, according to a new study from the Harvard T.H. Chan School of Public Health.

The study looked at how much air pollution renewables could reduce based on what each region of the U.S. is using to generate electricity.

Jonathan Buonocore co-authored the study. He says because Great Lakes states produce a lot of coal power, putting wind and solar in a state like Indiana would reduce more air pollution than putting them in a state like California that has more renewables and natural gas.

“Location really matters and including health in any type of climate policy assessment is really important," Buonocore says.

The biggest pollutant that renewable energy sources would reduce in the Great Lakes region is particulate matter.

Tags:Great Lakesrenewable energy
Support independent journalism today. You rely on WFYI to stay informed, and we depend on you to make our work possible. Donate to power our nonprofit reporting today. Give now.