A new study from Ball State University underscores how higher education can boost wages – especially in certain parts of the state.

Its author, at the Center for Business and Economic Researcher, says the study suggests poorer counties have lots to gain from regional educational partnerships.

Graduate researcher Nathan Law found that since the recession, it’s been easier for Hoosiers with at least a bachelor’s degree to find full-time work.

His study also says counties with higher incomes tend to have more educated residents, though there are some exceptions to that rule.

All in all, the findings might not sound surprising. But Law says they have implications for workforce development in Indiana – a hot topic amid high employment and many open jobs.

“Companies and organizations want to locate in areas that have a labor force that’s developed, where they can find all their work locally and maybe not have to import as many people,” he says.

“Maybe you don’t have the developed labor force as just your own county, but next door you might have the higher education that you need,” he says. “And in the other direction, you might have a county that specializes in engineering.”

Indiana is continuing to fund some of these efforts through programs like the Regional Cities Initiative. Law’s research shows other groups of counties still lag behind.

Tags:Ball State Universityworkforce development
Support independent journalism today. You rely on WFYI to stay informed, and we depend on you to make our work possible. Donate to power our nonprofit reporting today. Give now. 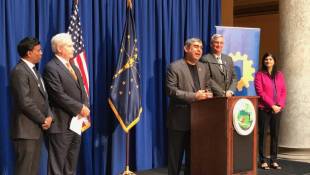