“I asked him to accompany me to see first hand some of the treatment and recovery work that's being done within Indianapolis,” says Phillips.

Adams’s visit to the Salvation Army Harbor Lights -- the only treatment facility in Indiana for those without insurance -- is one example of the way he’s prioritized the opioid epidemic during his tenure as Indiana’s top health official. Addiction specialists and advocates credit him with leading significant progress in implementing life-saving policies in the state.

And if appointed, locals think Adams would use that on-the-ground experience to guide national policy.

“I believe that Dr. Adams understands the value of community grass roots efforts and that they should be included at the table with decision makers,” says Phillips. “They need to understand what's realistic in the field.”

Adams is best known for his response to an unprecedented HIV outbreak in rural Scott County, Indiana, related to intravenous drug use. A practicing anesthesiologist, Adams was appointed Indiana Health Commissioner in October 2014.  Four months later, the state announed an HIV outbreak after documenting 26  cases of HIV. By May of that year, the Indiana State Department of Health confirmed 158 cases of HIV, spread almost entirely through injection drug use,  and 88 percent of those cases were also infected with hepatitis C.

Public health experts credit Adams with persuading then Gov. Mike Pence to allow Indiana counties to create syringe exchanges to contain the spread of the disease.

Pence stated that he had moral reservations about syringe exchanges -- a sentiment that Adams told the New York Times he originally shared.  But in March 2015, with advice from Adams and officials from the Centers for Disease Control and Prevention, Pence authorized a 30-day emergency syringe exchange,  citing “a public health emergency.” At the end of  April,  Pence signed a law legalizing syringe exchanges in the state of Indiana.

Beth Meyerson of the Rural Center for AIDS/STD Prevention worked closely with Adams when she testified in 2015 in favor of statewide syringe exchanges. Early on, when it became clear to legislators that a clean syringe exchange program was needed to reduce the spread of HIV and hepatitis C, Adams “was able to bring evidence, public health evidence to the table,” says Meyerson.

“Dr. Adams navigated the very ideological political environment that was created by the then Gov. Pence,” she says. “There’s just no doubt the governor wouldn’t have listened to me or listened to the leaders in the legislature, but he would listen to Jerome Adams.”

Meyerson says that his track record as a trusted advisor to Pence suggests he’ll have sway working with Vice President Pence on a national scale too.

“He will navigate [Washington] I suspect the same way that he did in Indiana, which is to listen to communities, work with several partners across the arena, and bring public health evidence to the table again as an advocate for community health,” Meyerson says.

Adams also supported other Indiana laws to curb the opioid epidemic. Phillips, whose 20-year-old son died from an overdose in 2013 says Adams helped push through legislation that could have saved her son’s life. “I believe a great deal of the reasons why I lost Aaron was because of lack of knowledge and understanding around opioids themselves, their highly addictive properties, options for treatment, and access to overdose reversal drugs.”

Thanks in part to Adams' testimony, in April 2015 then Gov. Pence signed into legislation a bill that increased access to naloxone -- a life-saving medication that reverses overdoses. The bill allows doctors to write naloxone prescriptions for friends and family members of people struggling with addiction.

In May 2015, Adams testified before the United States House of Representatives, sharing lessons learned from Scott County and outlining policies that states can use to mitigate the opioid epidemic. Adams emphasized, “we must also create easy access to life-saving naloxone for 1st responders, and friends or family members of people on high dose opioid treatment or with [substance use disorder].”

Recently, Indiana’s current Governor, Eric Holcomb signed a bill that restricts the amount of prescription pain pills a patient can take home, an effort to limit prescribing practices that can start people into addiction.

“Dr. Adams testified on that bill and was a very strong supporter as a medical professional emphasizing that there really is no need for a prescription analgesic past three days,” says Phillips.

Despite local health leaders’ enthusiasm for Adams, expectation of his role have to be tempered by political reality, says Meyerson. Even in Indiana, the laws that he helped pass haven’t been as comprehensive as public health experts desired. The syringe exchange law was recently updated by Gov. Holcomb to make it easier for counties to start an exchange, but the original law, says Meyerson, “was an administrative nightmare.”

Even with an updated law, the state provides meager funding. Paltry public health funding is an ongoing issue in Indiana, which ranks 49th in spending.

“So all of these counties who have tried to move forward for syringe access are doing so with both hands tied behind their backs because they do not have the resources to make this happen,” says Meyerson.

If confirmed by the Senate, Dr. Adams would be the second health official in the Trump administration from Vice President Pence’s home state. Seema Verma, who helped shape Indiana’s Medicaid expansion, HIP 2.0, now heads the Centers for Medicare and Medicaid Services.

Tags:Jerome AdamsU.S. Surgeon General
At WFYI, our goal is to cover stories that matter to you. Our reporting is rooted in facts. It considers all perspectives and is available to everyone. We don't have paywalls, but we do need support. So if unbiased, trusted journalism is important to you, please join us. Donate now. 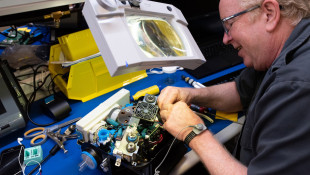 As in World War II, automakers today represent manufacturing, engineering, and philanthropic capabilities that can be tapped for everything from face masks to ventilators and food programs.
Read More 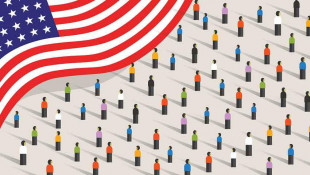