Shelly Fitzgerald, the guidance counselor placed on paid administrative leave from Roncalli High School after her marriage to a woman became public, has filed a second discrimination charge against the school.

In January, Fitzgerald filed a discrimination claim with the Equal Employment Opportunity Commission in response to her suspension from Roncalli High School. Last week, she filed a second charge that says the school retaliated against her when it asked her father not to volunteer at a school retreat.

Her second EEOC claim says the school wanted to “punish and dissuade her” from pursuing further action. The claim says her father, Pat Fitzgerald, has volunteered at the senior retreat for over 26 years.

“Pat Fitzgerald viewed it as a deeply rewarding and emotional experience,” a statement released by Fitzgerald said.

The Archdiocese of Indianapolis and Roncalli High School said in a statement they are grateful for Pat Fitzgerald’s volunteer work and he continues to be welcomed at the school’s public events.

“Senior retreats are designed to be free of distractions to allow students to focus on their relationship with God,” the statement said. “Due to the continuing attention surrounding his daughter’s suspension as a Roncalli guidance counselor after she violated her employment contract and his own participation in public protests over Catholic Church teaching, Mr. Fitzgerald was told that he would not be asked to work at this year’s retreats.”

Now, the Equal Employment Opportunity Commission will review the charges – this process takes an average of 10 months. If approved, Fitzgerald can file a lawsuit in federal court.

However, commission investigators may also recommend Fitzgerald, Roncalli High School and the Archdiocese of Indianapolis continue negotiations outside of a courtroom.

David Page, Fitzgerald’s lawyer said in November he anticipates the EEOC will approve the claim.
In August 2018, she says her marriage certificate was turned over to the Archdiocese of Indianapolis and Roncalli High School. Officials told Fitzgerald she could dissolve her marriage, resign or quietly finish out her contract.

In November, a second Roncalli guidance counselor filed an EEOC discrimination charge against the school and Archdiocese of Indianapolis.

This second counselor Lynn Starkey said in a press release the school principal asked Starkey about her civil union with a woman, and she answered truthfully. The release said as a gay person she feels uncomfortable at Roncalli. 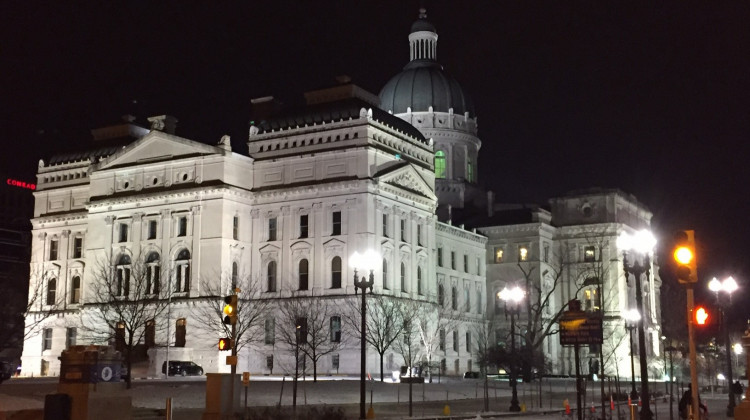