Telehealth Surges During COVID-19 Crisis, But Will It Last?

Telehealth Surges During COVID-19 Crisis, But Will It Last?The coronavirus pandemic has forced hospitals and doctors to move much of their work online. That shift to telehealth required big changes -- from relaxing federal regulations to getting buy-in from doctors.urltelehealth, coronavirus, COVID-192020-04-28T00:00:00-04:002020-04-28T00:00:00-04:00
Unable to load the audio player.
You could try direct download?
playpausemuteunmute
Original story from   WFYI-FM

The coronavirus pandemic has forced hospitals and doctors to move much of their work online. That shift to telehealth required big changes -- from relaxing federal regulations to getting buy-in from doctors. Now the question is whether it can sustain the momentum built amid "stay-home" orders.

Telehealth isn’t new to the Indianapolis-based hospital network IU Health -- four years ago they made a major investment in this technology. Still, Ian McDaniel saw a huge opportunity in early March, when he heard about Indiana’s first case of the new coronavirus.

“Marked very solidly in my mind was when we got the first news of the first positive COVID-19 case,” says McDaniel, head of virtual services for IU Health. “I literally stood up, walked out of the meeting that I was in and started putting phone calls to my virtual care team.”

Within a few days, they set up a virtual screening clinic. People who were worried they had COVID-19 could speak with a medical professional and determine next steps.

This 24/7 clinic has now completed over 34,000 free virtual screenings.

McDaniel says IU Health physicians were asked to jump on board -- fast. 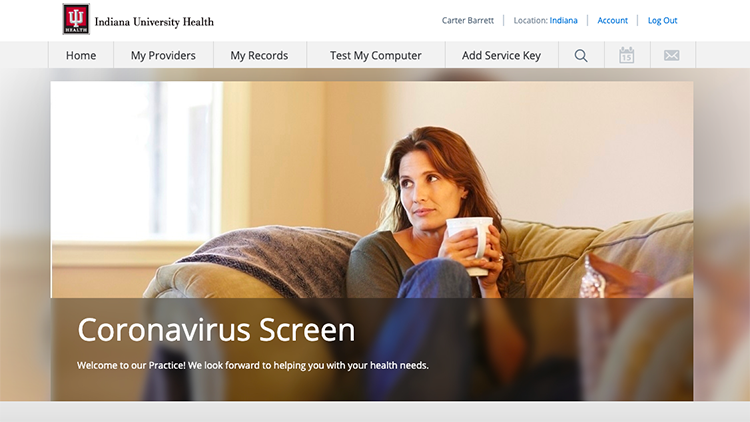 “Literally overnight, over a period of about three or four days, it became not just early adopters, but we jumped the entire curve of adoption,” McDaniel says. “And we said ... ‘This is just how you're going to deliver care. This is your option. And, and ready, set, go.’”

The transition isn’t always seamless. Some hospitals and practices are new to this kind of technology and may struggle to fight through their own red tape. Or they may face technical problems.

But as COVID-19 cases piled up, new guidance from the federal government helped clear the way. Telehealth, which had been restricted to rural areas, was made available to patients across the U.S. And providers were allowed to use services like Skype or Facetime that lack tough privacy protections.

“It was quite immediately helpful,” Dr. Joe Parks, medical director of the National Council for Behavioral Health says. “Many of the things they're allowing now are things that the field has been asking for years.”

Parks has offered psychiatric visits via telemedicine for years.

He says many barriers to telemedicine were superficial. Having the federal government change policy was important because it controls billions in Medicaid and Medicare spending. There were other obstacles, including laws that varied from state to state, and insurers that refused to pay for telehealth services.

He supports telemedicine, but acknowledges that it has shortcomings for a psychiatrist, especially when done by phone rather than by computer.

“I think the difficulty with doing it by telephone is I can't judge your facial expressions, and we express an awful lot with our face,” Parks says. “And I can't really observe how you're walking, how you're moving, if you’re having any tremors or tics.”

One field particularly suited to telemedicine is dermatology, which helped pioneer it. Dr. Carrie Kovarik, a dermatologist with the University of Pennsylvania, published research on how to best implement telehealth quickly amid the coronavirus pandemic.

“I think now that physicians are being forced to do it, and even the patients are doing it. They're gonna see that in certain circumstances, it's relevant,” she says.

She says the coronavirus crisis has created a pivotal moment for telemedicine.

“I think this is really going to be the tipping point we've been waiting for so long. We were getting kind of tired of fighting just to show the physician community and even the lawmakers that this is a way that we can practice medicine and get access to those who need it,” Kovarik says. “Now, we're being forced to do it.”

Seema Verma, head of Centers for Medicare and Medicaid Services, said in a call with reporters that this push may result in the permanent opening of telemedicine. But she added that Congress will have to be a part of the conversation.

IU Health’s McDaniel says, “So, do I think every clinician that has been forced on this platform loves it. No, probably not. Do I think physical medicine and seeing a clinician in-person is critical to certain parts of healthcare? Absolutely.”

However, he believes this pandemic will have lasting impact on the field. “This will fundamentally change what healthcare looks like.”

Tags:telehealthcoronavirusCOVID-19
At WFYI, our goal is to cover stories that matter to you. Our reporting is rooted in facts. It considers all perspectives and is available to everyone. We don't have paywalls, but we do need support. So if unbiased, trusted journalism is important to you, please join us. Donate now. 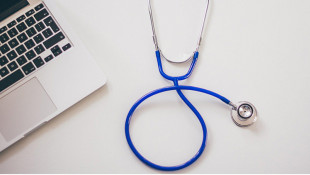 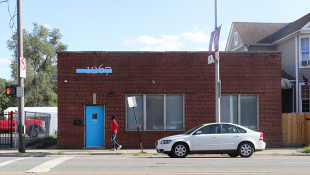 While the pandemic has changed everyones lives, the disruption to normalcy can be disastrous for people dealing with drug addiction.
Read More