Gene Emerson is a gregarious character – but he wasn’t always this way. In 2003, his wife of 42 years died.

“I had a couple of bad years after I lost my wife. It was kindly bad, you know?” Emerson said. “I got depressed and lost about 30 pounds. And I was weak.”

It was around that time he started going to the Casey County Senior Center, and met his current girlfriend.

“For the first couple of years, I just, wasn’t too much interested,” Emerson said. And then I got to feeling better, and the women started looking good again.”

At the Casey County Senior Center, about two hours southeast of Louisville, Emerson plays the card game Rummy with his friends and gets a low-cost lunch almost every day during the week.

Senior centers exist exactly for people like Emerson – to combat loneliness, which can lead to cognitive and physical decline. This is especially an issue in rural America, where older adults tend to be more isolated. Senior centers were created to combat this, but in recent years membership has dwindled as members die and baby boomers are more reluctant to attend.

Melissa Cannon, an assistant professor and researcher on gerontology at Western Oregon University, said loneliness is emerging as a serious health issue tied to earlier death.

“There’s this statistic out there now that being lonely, it’s as much of a risk factor as smoking 15 cigarettes a day, in terms of mortality,” Cannon said.

This is especially an issue in rural America, where seniors may be more geographically dispersed and isolated.

“Our rural communities are aging, and a lot of families have just kind of left behind their older loved ones,” Cannon said.

That means more older people living alone, which can lead to a sharp cognitive decline. They might forget to take medication, forget to eat and give up other activities that keep them healthy. In an age when more older adults are choosing to live at home rather than move into a nursing home or other institution, these places offer a necessity to aging well. That’s the case for Emerson, who retired in his 60s. He remembers some advice he got from a coworker before retiring.

But Greg Powell sees first-hand what’s at the other end of the pendulum: isolation and loneliness. He’s a minister at Mt. Olive Christian Church in nearby community Yosemite.

“There’s people I go see, they want to visit that bad that they will walk out the door and walk you all the way to the car,” Powell said. “So that’s, that’s lonely. That’s a picture of loneliness.”

With all that in mind, it would make sense if the Senior Center was doing well on membership. But Director Tommye Allen says enrollment is declining. That’s in part because of the nature of a senior center: eventually members will die.

“By the end of the day [Monday], we will have buried two of our seniors this week,” Allen said.

That is coupled with a reluctance from baby boomers who don’t think seniors centers are for them.

“We offer different activities to try to reach different interests, but so many people, they don’t want to come because they’re not a senior - they think this is a place for old people,” Allen said. “But socialization is a key to growing older. It means so much just to be out of the house, just to get up and get dressed, and have a hot meal. It makes a difference.”

Senior centers were first created in the 1940s by Congress, with money going to states to fund activities and meals. Cannon at Western Oregon University said dwindling membership at these centers is a nationwide problem that impacts the funding senior centers receive from federal and state governments.

“As the baby boomers have started to reach retirement age, they have no really been going to senior centers, and that’s been creating some challenges for them [senior centers],” Cannon said. “It’s hard for them to justify getting more funding from the government when their numbers are decreasing. But at the same time, they’re still serving a population that very much needs them to exist.”

Casey County Senior Center Director Allen said funding has gradually gone down in the past few years. That has impacted programming and hours. For instance, they previously would bring in speakers on different health aspects of aging – but the budget no longer allows for that. And the budget tightening also means less social programming.

“We used to have a lot of dances and we would do music at night, but I’m not able to do that anymore.”

Their hours are now 8 a.m. to 2 p.m., Monday through Friday. Studies have shown baby boomers are keeping jobs even after the traditional retirement age, which likely impacts the senior center’s ability to attract new people when it’s only open during traditional business hours.

There’s not much Allen can do about the hours, but she is considering changing the center’s name to attract baby boomers. It’s imperative to attract new people - in rural Kentucky, where rates of chronic illness are among the highest in the country, these centers can be a literal lifesaver.

Allen said the center does have something going for it outside of the activities, friendships and meals: romance. Just like how Gene Emerson found love, others do, too.

“They hear about someone that might be here, and they’ll come and strike up a conversation. And then they have a little romance,” Allen said. “It happens a lot.”

Tags:agingrural healthcaremental health
At WFYI, our goal is to cover stories that matter to you. Our reporting is rooted in facts. It considers all perspectives and is available to everyone. We don't have paywalls, but we do need support. So if unbiased, trusted journalism is important to you, please join us. Donate now. 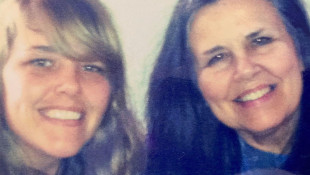 More than 1,200 people in Missouri have died from COVID-19. As the toll rises each day, the human aspect can get obscured. Angela Kender is looking to change that. After losing her mother to COVID-19 in June, Kender started a project to commemorate other victims. Shes collecting their photographs at missouricovidmemorial@gmail.com. She has already has dozens of photos, and plans to show them to lawmakers at the Missouri state capitol.
Read More 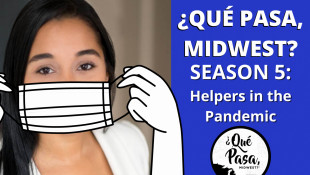 Season 5 tackles the coronavirus but not through statistics and news. This season is about the people who are finding solutions to problems caused by the pandemic.
Read More 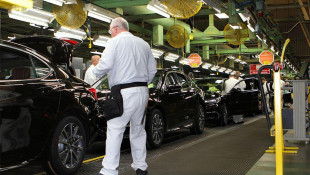 The nation's automakers are scrambling to keep assembly lines staffed during the COVID-19 crisis. At a Honda plant in Marysville, Ohio, that means calling on office workers to move to the line. And that has triggered anxiety among some workers.
Read More