This Week At The Statehouse: Education Spending, ISTEP+

Amid uncertainty over the future of many education issues in Indiana, lawmakers were busy at the Statehouse this week.

Lawmakers in the House chambers dove into a controversy around “sanctuary campuses.” The Senate finished the week by placing its stamp on the House budget and two of the session’s most controversial proposals: an appointed superintendent and ISTEP replacement.

The much decried Teacher Performance Grant program would be replaced with a new way of giving effective and highly effective teachers’ bonus – the Teacher Appreciation Grant. School corporations would be given $39 per student to be used for bonuses.

Funding for pre-K would remain far below the request by Gov. Eric Holcomb for $20 million each year to double the On My Way pre-K pilot. Instead, the pilot would see a bump of $3 million per year and new funding of $1 million per year for grants to pay for online classes used by homeschool families.

Allowing the governor to appoint the superintendent of public instruction has long been a goal of Indiana governors and House Speaker Brian Bosma (R-Indianapolis). Despite a last ditch effort by Democrats to kill House Bill 1005, an amended version passed 28-20 in the Senate.

The legislation, if approved, would require the governor to appoint a school’s chief in 2024 who has lived in Indiana for at least two years and has some experience in education.

The Senate also approved replacing the ISTEP+ in 2019 with ILEARN – an exam that has yet to be designed. The new standardized test for third-eighth graders would be given on a computer and allow Indiana students to be compared with their peers nationally. It also sets up the ACT or SAT testing companies to provide ninth-grade end of course assessments.

Despite the impending end to the troubled ISTEP+, some lawmakers want the test to be decoupled from teacher evaluations for the next two years.

“I really think we have an obligation to do this at least for the next two years until we settle on some kind of a new test,” says Republican Sen. Jean Leising.

Colleges and universities across the country are tackling a big issue: whether to officially adopt certain policies intended to protect people who entered the U.S. illegally.

In Indiana, that conversation could soon end.

Under a bill moving through the Indiana Legislature, lawmakers would outlaw so-called sanctuary campuses. These are colleges that pledge they will not share anyone’s immigration status with federal authorities.

The struggling east central-Indiana district could see the state in control of their books. The district has been struggling to get its finances in order.

The House has approved a bill that gives the state permission to take over control of Muncie Community Schools and its financial crisis.

The district was added to the bill despite opposition from school officials.

Tags:2017 legislative session
Support independent journalism today. You rely on WFYI to stay informed, and we depend on you to make our work possible. Donate to power our nonprofit reporting today. Give now. 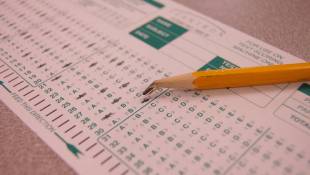 The Indiana Senate approved a bill Tuesday setting guidelines for ILEARN, a new standardized test that will replace the troubled ISTEP exam in 2019. 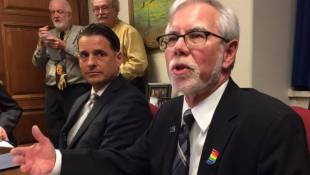 The full Senate Tuesday approved a bill that would make the state school superintendent a political appointee by the governor.