Earlier this week, state health officials sent out a warning about an increase in tick-borne illnesses this year.

State department of health officials reported more than 100 cases of tick-borne illnesses so far this year, with one fatality in an elderly patient due to ehrlichiosis.

Tick-borne illnesses tend to peak in July and while we’re nearing the end of the period of time when ticks wreak the most havoc, you still need to protect yourself everytime you go outside.

You also need to be familiar with the ticks in your area, according to Erika Pitcher, the director of case management for the Fort Wayne, Allen County Department of Health.

“Specifically the tick that causes Lyme disease is called the deer tick or the black-legged tick,” she said.

In northeast Indiana, deer ticks aren’t common. But they are elsewhere in the state, and outside of Indiana.

“Most of our cases that we do have that do develop tick-borne illness, they have traveled out of the state, you know they’ll go camping or they’ll go hiking,” Pitcher says.

Allen County Health Commissioner Dr. Deb McMahon says doctors are getting better at asking patients about travel when they present with symptoms typical of tick- or mosquito-borne illnesses.

But it is still up to you to protect yourself.

According to the Centers for Disease Control, you should use repellents containing DEET, picardin, IR3535, oil of lemon, oil of eucalyptus, para-menthane-diol, or 2-undecanone. Treat your clothing with sprays containing the chemical permethrin. Do not use permethrin on your skin.

More information about repellants can be found at the EPA's website. 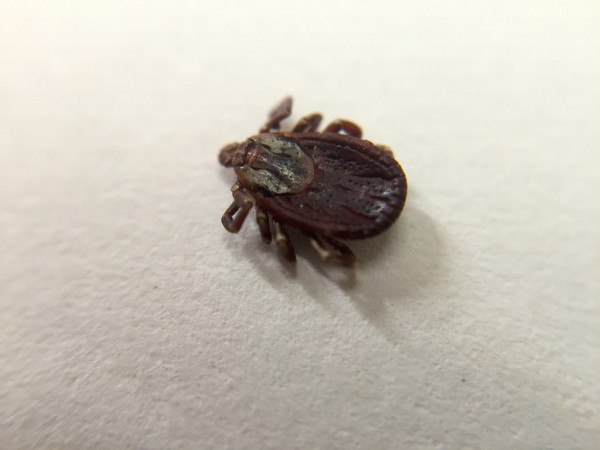 Tags:tickstick-borne illnessIndiana State Department of Health
Support independent journalism today. You rely on WFYI to stay informed, and we depend on you to make our work possible. Donate to power our nonprofit reporting today. Give now.