A recent Centers for Disease Control report shows that tick and mosquito-borne diseases have more than tripled in the U.S. since 2004. But if you find a tick on your body, don’t count on a tick test to let you know if you have Lyme disease.

Indiana University biology professor Keith Clay studies ticks. He says, while sending your tick away to get tested may be good for research, it’s not the best way to judge whether you’re infected.

That’s because the most common test only looks at the bacteria and other organisms linked to diseases like Lyme. It can’t identify the disease itself.

“As a result there’s been a lot of misdiagnoses,” he says. "For example, in Indiana in the past the highest number of cases of Lyme disease were reported in the Evansville area, but the tick that transmits Lyme disease did not even occur anywhere close to Evansville."

The Indiana State Department of Health recommends that anyone who suspects they have a tick-borne illness see a doctor as soon as possible — especially if you are experiencing symptoms like rash, fever, or body aches.

“If you have been infected, you’ll probably develop symptoms before the results of that test comes back and we wouldn’t want you to wait to start treatment," says Taryn Stevens, zoonotic and vector-borne disease epidemiologist at ISDH.

The CDC report says that more than 80 percent of the organizations that work to control tick and mosquito borne diseases need improvement. Keith Clay and his lab are working to develop a way to detect if the state will have an outbreak of tick and mosquito-borne diseases. It's part of the IU Grand Challenges Program.

Clay says Indiana is gaining new ticks and with them come the diseases they carry. He says, 10 years ago, the lone star tick wasn't common in Indiana. Now they can often be found in the southern parts of the state. Clay says the blacklegged tick (or deer tick) is also becoming more prevalent.

Why? Clay says people are the most likely culprit. Human activity has caused the Earth's temperature to rise. Development has also pushed people into the habitat of ticks as well as deer — a tick's common host.

CORRECTION: A previous version of this story misattributed a quote to Taryn Stevens, which should have been attributed to Keith Clay. For the purposes of clarity and accuracy, that quote has been deleted.

Tags:ticksLyme Disease
Support independent journalism today. You rely on WFYI to stay informed, and we depend on you to make our work possible. Donate to power our nonprofit reporting today. Give now. 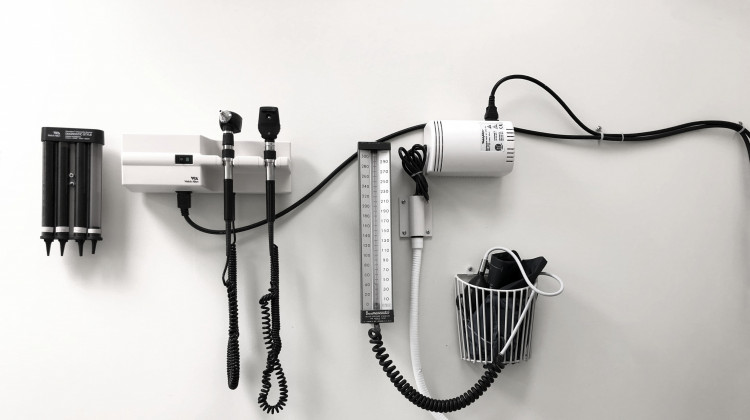 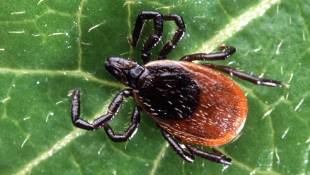 Health officials say people should check frequently for ticks on clothing, gear, pets and skin during and after outdoor activities in order to protect themselves.