Brandon Smith: Each of the candidates have done their best to sort of align themselves with President Donald Trump and his policies. Are you worried, though, that tying yourself to someone who can personally be fairly unpredictable puts you at any risk with the voters?

Todd Rokita: I don’t think so. As I go around the state of Indiana, what happened in the fall of ’16 is still true today and that is, President Trump has a lot of support. They, in fact, like his unpredictability. He is turning political correctness on its head and I think that’s for a lot of folks, including me, that’s refreshing.

Smith: One of the issues that some Hoosiers have started to maybe disagree with President Trump, though, is on a potential trade war with China – particularly Hoosier farmers who are worried what it’ll do to their industry. What do you say to those farmers about tying yourself to President Trump at a time when he may be doing something that’s unpopular with them?

Rokita: Well of course I visit with farmers all the time. The agricultural industry is huge in Indiana and they know that I’m very accessible and always have been. But so is manufacturing, it’s huge in Indiana. So is steel production and whether it’s the steelworkers, the manufacturers, or the farmers, I think what we all have in common is that we all want America strong again. That’s what I hear from farmers. I just met with a group in Lebanon and sure, they had concerns and I heard their concerns. And I’m going to be, as these targeted tariffs play out, I’m going to make sure that no sector – agriculture or any other one – is inequitably hurt by this. But we have got to try something different.

Smith: Maybe the signature achievement so far of the Trump administration with Congress has been the tax reform bill. Are you worried, though, that working-class Hoosiers aren’t seeing enough in their paychecks to compare to what we see obviously big corporations getting, comparatively?

Rokita: Well no, I think it’s just the opposite. I mean, look, it’s $85 on average per paycheck for every working Hoosier and that’s money. Bonuses are $1,000 or more – that’s someone’s utility bill for a good part of the year. That’s someone’s child care. So they do mean something.

Smith: You’ve campaigned in the past and currently talking about deficits and the burden we’re placing on future generations. Yet analyses of that tax reform bill suggest it could significantly increase the deficit. Are those compatible?

Rokita: I deal with those analyses all the time on the budget committee and they’re generally wrong and that is because they are what we call “static.” They don’t account for the fact that the economy’s going to grow as a result of this and that tax receipts will actually grow up, so government doesn’t have, especially at the federal level, a revenue problem. It has a spending problem. So if you want to reduce deficits, if you want to reduce debt, you need courageous conservatives in the Senate like me, who have a record of reducing spending – even in the Secretary of State days.

Smith: Speaking of your days as Secretary of State, something that’s bubbled up in the campaign has been these charges that you improperly accessed a state party database. [Rokita laughs.] It’s somewhat similar to what we saw with former Superintendent Tony Bennett that got him into some hot water.

Rokita: No, no, it’s different.

Smith: Why is it different?

Rokita: It’s fake news. Those are anonymous sources. You can’t even refute the rumors because they’re anonymous. But it’s false. I was the chief election officer for the state of Indiana. So I would in part of my official duties have to contact party chairman. I would have to contact precinct committeemen so they could hold an appointment election for a vacancy or something like that. That’s what we’re talking about here. It had nothing to do with donors or anything like that.

Smith: And then lastly, obviously you plan to win. But can you say right now you would support whoever the winner is against Joe Donnelly in the fall?

Rokita: Well I do plan to win and in fact we are winning. So I look forward to being the nominee against Joe Donnelly. And that’s how we’re going to get the job done.

Smith: If you’re not, you’ll support Messer or Braun?

Rokita: Listen, the fact of the matter is Joe Donnelly has to go. He’s not in line with Hoosier values. So we have got to beat Joe Donnelly and that mission will continue for sure – to answer your question – after May 8.

Tags:Indiana Republican PartyTodd RokitaU.S. Senate2018 May primary
Support independent journalism today. You rely on WFYI to stay informed, and we depend on you to make our work possible. Donate to power our nonprofit reporting today. Give now. 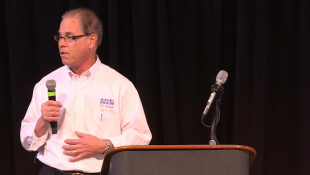 Indiana Public Broadcasting's Brandon Smith sat down with Mike Braun to discuss issues in the Indiana Republican primary for U.S. Senate a race that's been called one of the nastiest in the nation. 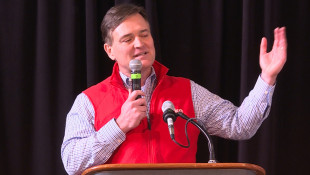