Tourism Officials Urge State To Cut Back On Yellowwood Logging 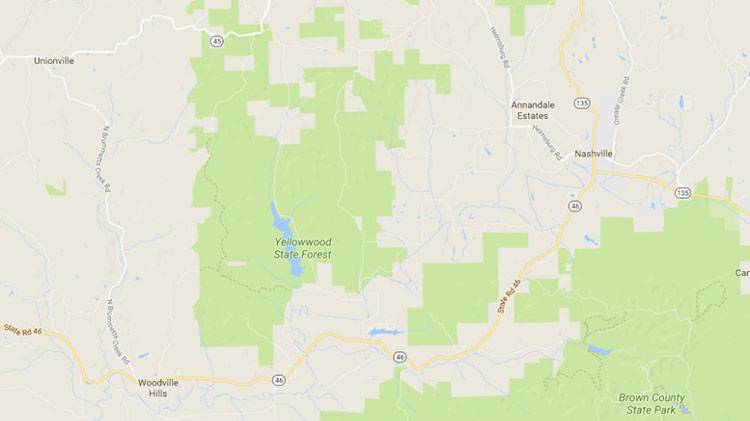 Tourism officials in Brown and Monroe counties are urging the state to cut back on timber harvests in the back country area of Yellowwood State Forest because of the potential negative impact on tourism.

Back Country Areas were created in 1981 to allow primitive camping areas. The Department of Natural Resources has previously logged in this area.

Brown County Convention and Visitor’s Bureau Executive Director Jane Ellis says in a letter to Gov. Eric Holcomb that tourists in Brown County have been complaining about logging in parts of Yellowwood.

Public Relations Coordinator Aubrey Sitzman says they hope the Department of Natural Resources will at least adjust the timber harvest plan to include a buffer zone.

“If they’re going to do it, to do it in a better way that doesn’t affect the trails as much or like the natural wildlife and plant species as much, and then also not to leave debris behind as well,” she says.

Read the letter below:

Ellis says in the letter she understands logging may be necessary for forestry management, but says the logging in Yellowwood has tarnished Brown County’s reputation as a destination for outdoor adventure.

“We are against any activities, including logging, that curtail people’s enjoyment of the outdoors,” said Visit Bloomington Executive Director Mike McAffee in a statement.

The Indiana Forest Alliance says around 400 people contacted the DNR Division of Forestry to oppose the logging plan.

In a 16-page response to those comments, forestry staff conclude the plan is consistent with best practices for sustainable forest management that promotes habitat diversity and old forest conditions.

The timber harvest plan stipulates five to seven trees will be removed per acre and the harvest will not include any clear-cutting, which is the removal of all trees in a single tract.

Tags:Monroe CountyBrown CountyloggingtourismYellowwood State Forest
Support independent journalism today. You rely on WFYI to stay informed, and we depend on you to make our work possible. Donate to power our nonprofit reporting today. Give now.