A Indiana man was surprised to see a photo of himself on a Donald Trump campaign flyer in Ohio.

“A friend of mine, she sent me the link,” says Fishers resident Gurinder Singh-Khalsa. “She said your picture is showing a campaign ad, a campaign flyer for Trump.”

The flyer includes Singh Khalsa with the description “Muslim,” but he is Sikh, not Muslim, and he doesn’t support Donald Trump.

“I was completely shocked,” he says. “Nobody ever asked me to use my photo.” 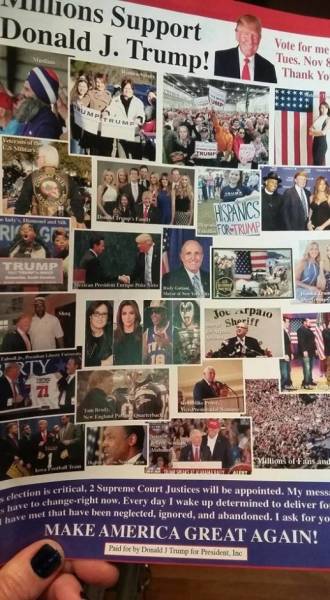 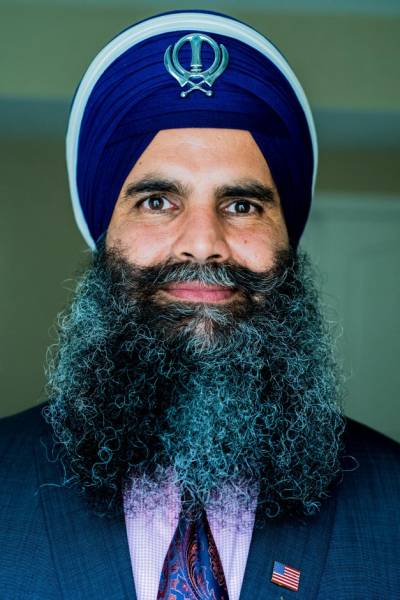 Gurinder Singh-Khalsa, pictured on the right, is Sikh not Muslim, and says he doesn’t support Donald Trump.

Singh Khalsa has lived in Indiana for eight years, after coming to the U.S. in 1996. In August he founded the Sikh Political Action Committee, a non-partisan group encouraging state lawmakers to include Indiana’s Sikh population in the conversation.

He says the group wants to make people aware: “Who we are, why we wear the turban and the beard.”

Singh Khalsa says Sikhs and Muslims are two completely different religions and that it is very ignorant to confuse them.

“Those that want to lead this country as the president, they don’t know who Sikhs are,” he says. “They cannot differentiate, that’s why they are putting picture of a Sikh and writing it as Muslim.”

Singh Khalsa says Sikhs in the U.S. have been accused of being part of the Islamic State militant group and have been the targets of hate crimes.

“I am an American and I am American by choice,” he says. “Faith is my personal preference and I don’t want to be judged by my faith or that appearance of what I wear.”

Tags:Election 2016Donald TrumpSikhsPACSikh Political Action Committee
At WFYI, our goal is to cover stories that matter to you. Our reporting is rooted in facts. It considers all perspectives and is available to everyone. We don't have paywalls, but we do need support. So if unbiased, trusted journalism is important to you, please join us. Donate now.

Indiana's Unemployment Rate Falls, But So Does The Number of Workers

Indiana's unemployment rate fell to 5 percent, continuing an encouraging downward trajectory since the start of the pandemic. But the number of people in the labor force is falling too -- and that's not a good sign.
Read More