The UIndy Health Pavilion will sit in the heart of campus at the corner of Matthews and Hanna avenues. Local developer Strategic Capital Partners will develop and lease the space to the university to house its health-related programs, which account for more than half the school’s enrollment. The Pavilion will also include an auditorium, café and event space to be available for public use.

Indianapolis is pitching in $1 million through federal community development block grant funding, which will be used to purchase specialized equipment. Mayor Greg Ballard says the facility’s presence will be felt beyond campus.

"Great neighborhoods are built around great anchors," he says. "In so many cases those anchors are places of learning. Today's groundbreaking represents more than just the addition of another great building on campus. It really will help transform the nearby community."

The project is builds upon past collaboration between the university and the city. UIndy and Indianapolis have previously partnered to upgrade infrastructure along Hanna Avenue — including sidewalk improvements and utility rerouting. Metropolitan Development Director Adam Theis says the city’s contribution builds upon those investments.

"The project not only bring in health-related and student-related activites, but it's on thoroughfare and roadway that we've invested in through Hanna Avenue, and it leverages that investment significantly," he says.

The UIndy Health Pavilion is expected to open in August of next year, in time for the beginning of the 2015-16 school year. 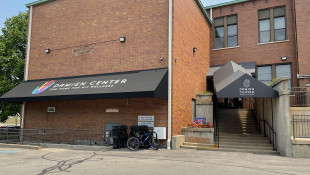 The program will provide tenant-based rental assistance, short-term rent, mortgage and utility assistance as well as other supportive services to 212 households each year. 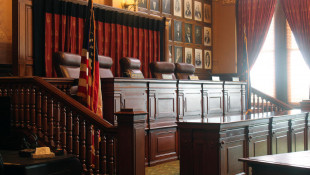 Children who are victims of molestation could be forced to do pretrial interviews with their alleged molesters if the Indiana Supreme Court strikes down a recent state law.