University Of Saint Francis Professor Offers Prescription For Preventing Catholic Clergy AbuseIn his new book, "Everything Hidden Shall Be Revealed," Dr. Adam DeVille outlines some solutions from the structures of the Eastern Orthodox and the Anglical churches.urlCatholic Church, Adam Deville2019-04-19T00:00:00-04:002019-04-19T00:00:00-04:00
Unable to load the audio player.
You could try direct download?
playpausemuteunmute
Original story from   WBOI-FM

Dr. Adam DeVille is an associate professor and director of humanities at the University of Saint Francis. A teacher of ecclesiology, DeVille looks to other Christian traditions for a possible prescription for the clergy abuse scandals that have rocked the Roman Catholic church worlwide.

In his new book, "Everything Hidden Shall Be Revealed," DeVille outlines some solutions from the structures of the Eastern Orthodox and the Anglical churches that he believes could stabilize the Roman Catholic Church as they deal with these crisis.

Both the Orthodox and the Anglican communities feature parish councils, made up of men and women with "voice and vote" that help to govern the churches at the local levels. Those councils have a say, or at least the knowledge of where priests are coming from, and why they might be leaving.

Another feature of the other traditions is elected bishops. DeVille argues that having bishops appointed by the pope is a relatively new tradition, and one that removes accountability from the local parishes.

But one of the main changes he suggests is psychological. Because of the top-down focus, a heavy “cult of personality" has developed around the pope over the last few centuries. That, DeVille said, has to change.

Catholic church officials and the laity need to stop waiting for the pope to act.

“We need the local structures to hold these people accountable,” DeVille said.

Tags:Catholic ChurchAdam Deville
At WFYI, our goal is to cover stories that matter to you. Our reporting is rooted in facts. It considers all perspectives and is available to everyone. We don't have paywalls, but we do need support. So if unbiased, trusted journalism is important to you, please join us. Donate now. 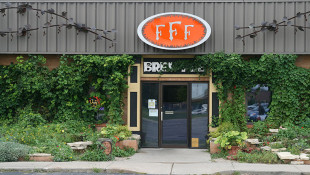 Nick Floyd said that despite the fact that Indiana is allowing businesses to reopen, he believes reopening Three Floyds Brewing's pub in Munster was too risky to employees and customers alike.
Read More 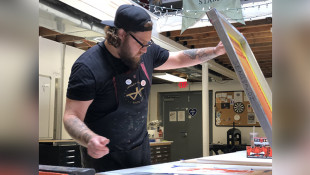 The 10 East Arts Windows offer painting, collage, video and light installations. They can be safely viewed from your car or on foot.
Read More 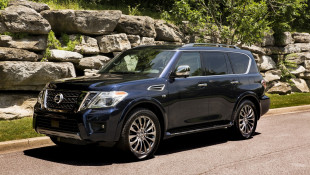 This week, auto correspondent Casey Williams reviews two three-row SUVs. One is an all-terrain platform proven around the world. The other continues to lead the segment it helped create two decades ago.
Read More