Video Shows How Much Amy Beverland Elementary Principal Was Loved By Students, Staff

INDIANAPOLIS -- Lawrence Township schools are closed today as the community mourns the sudden loss of a beloved elementary school principal.

Amy Beverland Elementary School principal Susan Jordan died Tuesday after being struck by a bus at the school. Investigators say Jordan was seen pushing several students out of the way of a lurching bus when she was struck and killed. Two students were also hit. They were taken to Riley Hospital for Children with serious but non-life-threatening injuries.

Last year, students made this video for the school's ABE TV celebrating a four-star rating and thanking Jordan for the work she did at the school. It includes students talking about her kindess and teachers thanking her for her leadership and compassion.

Social media channels around the world filled with tributes to Jordan as news of the accident and her efforts to save the children spread Tuesday night and Wednesday morning. There were also condolences from state leaders, school districts around the country and memories shared from former students.

.@FirstLadyIN and I are sending our prayers for students, family of Amy Beverland Principal Susan Jordan & the Lawrence Township community

Heartfelt condolences to the families of Susan Jordan & the school communities of @amybeverlandcom & @LTgoodnews. #AmyBeverlandStrong

I spent most of 5th grade in Principal Susan Jordan's office, but she never stopped caring about her students... even the squirrely ones.

Tags:Lawrence TownshipSusan JordanAmy Beverland Elementary SchoolLawrence Township Schools
At WFYI, our goal is to cover stories that matter to you. Our reporting is rooted in facts. It considers all perspectives and is available to everyone. We don't have paywalls, but we do need support. So if unbiased, trusted journalism is important to you, please join us. Donate now. 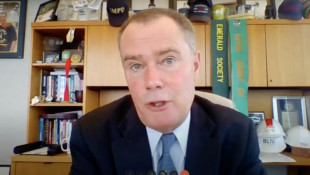 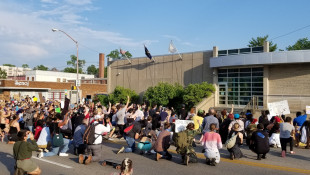 For the second day in a row, residents took to the streets of Bloomington demanding accountability for those who assaulted a Black man at Lake Monroe on the 4th of July.
Read More 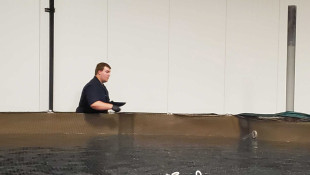 AquaBounty One Step Closer To Selling GMO Salmon; Fish To Be Harvested Later This Year

A rural Indiana fish farm is one step closer to getting genetically engineered salmon to store shelves. The company is harvesting its first batch of Atlantic salmon helping prepare for its inaugural GMO fish production later this year.
Read More

A beloved school principal in Lawrence Township was killed Tuesday after being struck by a school bus at the school she led for 22 years.