Community members and elected officials came together Saturday to offer prayers and call for an end to violence during vigils honoring the victims of Indianapolis’ latest mass shooting.

About 200 people attended a candlelight vigil at Krannert Park on Indianapolis’ westside Saturday evening. Eight candles were lit to represent each person killed late Thursday night when a former employee arrived at a FedEx facility and opened fire with two assault rifles.

Ryenne Beaty is a childhood friend of 19-year-old Samaria Blackwell, who was among those who died. She said she did not believe the news at first.

“I just instantly thought about her family and how we always talked about how we were supposed to be old and she was supposed to be the fun aunt to all of our kids,” Beaty said.

This was the latest in a rash of mass shooting across the country and the third in Indianapolis this year.

“The loss of life here in Indianapolis is real. It's real in Boulder. It's real in Atlanta. And in countless other communities that are part of a nationwide epidemic on gun violence,” U.S. Rep. André Carson (D-Indianapolis) said.

Earlier in the day about 50 people gathered at Olivet Missionary Baptist Church for a vigil.
Savana DeLao works at the facility where the shooting occurred.  She said she attended the afternoon vigil to show support for her coworkers.

“At the end of the day, it doesn’t matter if we are yelling at each other, at each other's necks,” Delao said. “ We are family and I want to be there for my family.”

The vigil was organized by Purpose For My Pain, a resource that offers support for those affected by gun violence. Founder DeAndra Yates said she wanted to show support for the victims of the shooting and the community.

“We are more than a news story, more than a social media post,” Yates said. “We are families that are hurting.”

Speakers at the event shared stories and advice, read poems and prayed.
“Take it one day at a time … it is OK to not be OK,” Yates said.

Representatives from the American Red Cross, Moms Demand Action and mental health professionals attended the vigil to provide resources to the community. 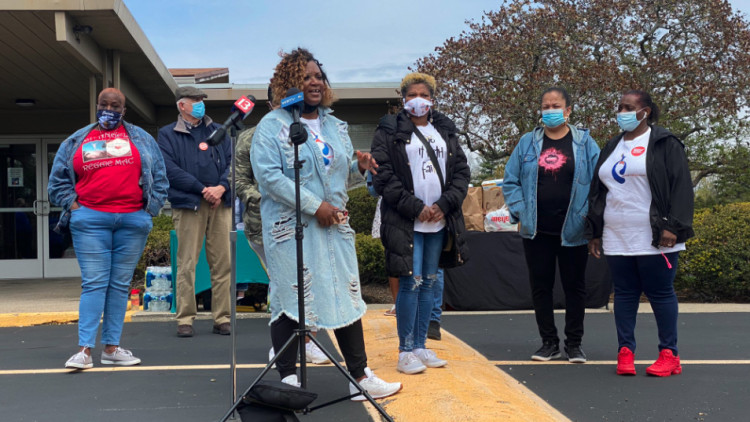 Tags:vigilmass shootingPurpose For My PainOlivet Missionary Baptist Churchgun violence
Support independent journalism today. You rely on WFYI to stay informed, and we depend on you to make our work possible. Donate to power our nonprofit reporting today. Give now. 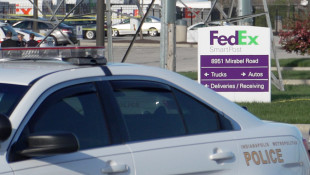 Indianapolis police are investigating a shooting at a FedEx facility on the city's southwest side that left eight people dead.