The Vincennes Sun-Commercial reports the massive tank arrived Thursday aboard a flatbed semitrailer from the National Museum of the Marine Corps in Triangle, Virginia.

Indiana Military Museum curator Jim Osborne says transferring the tank was the culmination of about two years of work.

In compliance with the museums' agreement, volunteers will restore the tank in Vincennes.

Tags:World War IIWWIIIndiana Military MuseumtankSoviet Union
Support independent journalism today. You rely on WFYI to stay informed, and we depend on you to make our work possible. Donate to power our nonprofit reporting today. Give now. 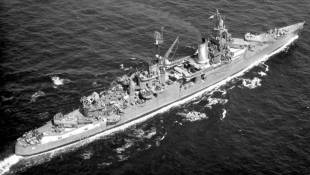 Days before the 71st anniversary of USS Indianapolis' sinking, a historian uncovers a clue on where the ship may be found.