A study by the Bipartisan Policy Center shows that a lack of child care in Indiana could cause up to $217 billion in losses for the state economy over 10 years.

Instrumental Machine and Development is a small, family-run company based in Warsaw, Indiana that specializes in making surgical tools.

When it first opened its doors in the mid-90s, it had three employees. Since then, that number has grown to 90.

Thanks to the booming medical device manufacturing industry the population of Warsaw has grown over the last couple of decades too, increasing by more than 20 percent since 2000.

But one thing that hasn’t kept up with this growth? Child care options.

Miriel McFarland is the training and education supervisor at IMD. She says child care is a big cause of concern for their employees, and that they’ve lost good workers in recent years due to the lack of options in the area. 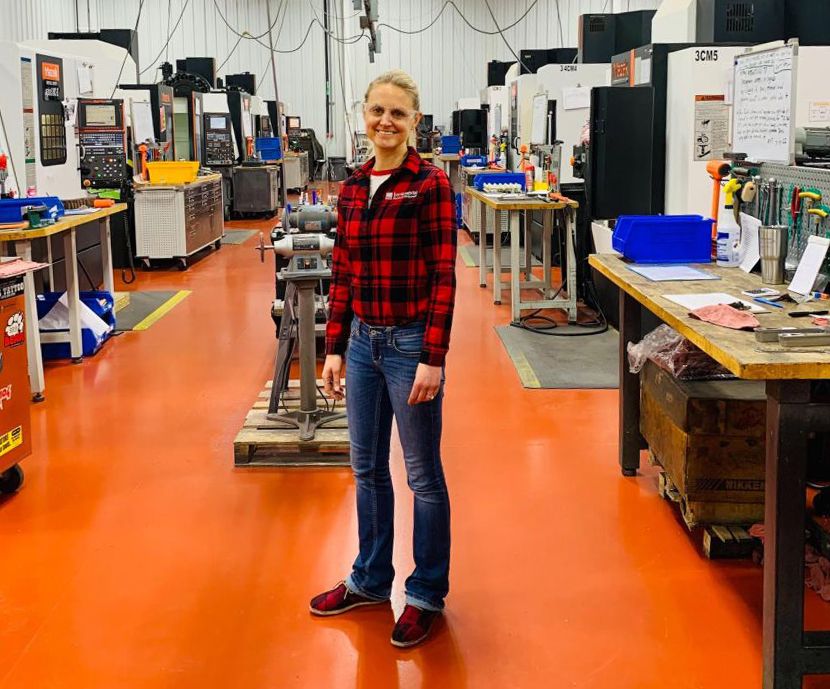 “We did put out a survey and approximately one-third of our workforce has children under the age of 12," McFarland said. "One-hundred percent of those have all indicated ‘Yes, I have issues with where my child care is right now, or I have had issues in the past.’”

More than 1,800 children in Warsaw are on a waiting list for daycare. It’s one of many areas in the country labeled a “child care desert.”

Madeleine Baker is the executive director of The Early Childhood Alliance based in Fort Wayne. It's an organization that promotes and provides early childhood care and education in Northeast Indiana. She says that the pandemic brought more awareness to the issues parents face when it comes to finding child care.

In mid-2020, McFarland and company leadership at IMD put their heads together to try and come up with a solution that would help their employees and retention rates.

After consulting with a local child care coalition called Launchpad, they decided the best, most cost-effective solution would be to purchase a home and provide a small-scale childcare center to their employees, serving up to 16 children. They would also help cover tuition costs to help ease the financial burden on their employees.

And since IMD is in the business of manufacturing and not child care, it would partner with the Early Childhood Alliance to provide staffing and curriculum.

IMD had a set of criteria to make the plan work. The home had to be within a seven to eight minute radius of their factory. They couldn’t spend more than a quarter of a million dollars. And in order to be a licensed facility, the property had to be a single story home.

It found a property that checked all the boxes so they went ahead and purchased it.

The next step was to file a variance and go before the Warsaw Board of Zoning Appeals. The property was to be used as a non-residential facility, but it was in an R1 zone, an area designated for single-family residences.

It’s no secret that the community needs child care, and IMD didn’t think it would run into any issues trying to fill this gap for their employees. Plus, an R2 zone was located right across the street, so they thought they would get an exception.

It was surprised by the response.

“There were several remonstrators. Neighbors who showed up to say we don't want this in our neighborhood. Concerns being you know… 'What if a child throws a stick over that fence and it, you know, agitates my my dog,'" McFarland said.

The board unanimously rejected the request. IMD’s plan came to a halt and it ended up having to sell the property it had just purchased.

Frustrated but undeterred, IMD found another property in March 2022, this time in an R2 zone.

Almost exactly one year after the first plan got rejected, IMD's second plan was unanimously approved by the zoning board.

McFarland and Baker from the Early Childhood Alliance were both in attendance at the meeting. Baker says they were thrilled.

"After we gave ourselves high fives, you know, coming out of the hearing, we said that the persistence and our efforts paid off," Baker said.

McFarland says they have communicated with industry colleagues about their idea, and that they're watching to see how IMD’s plan plays out.

“Wouldn't it be cool if there were several employers throughout Warsaw that had these homes and you could, and families heard about this employers who are helping to provide child care in these quaint homes, near their workforce, and making a quality and helping these kids succeed once they get into school as well? As a person in my mid-30s and mother of some younger children, that would be a draw for me to that community,” McFarland said.

McFarland says they hope to have the daycare operating early next year and hopes their idea catches on, or that it inspires employers to think of ways to help fill child care gaps for their employees.

Tags:child careearly childhood educationlocal newsWarsaw
Support independent journalism today. You rely on WFYI to stay informed, and we depend on you to make our work possible. Donate to power our nonprofit reporting today. Give now.