Special counsel Robert Mueller's doorstop report about Russia's interference in the 2016 presidential election thumped to Earth on Thursday following an explanation by the attorney general as to why President Trump isn't facing criminal charges.

Mueller detailed 10 "episodes" involving actions by Trump that might have constituted obstruction of justice, Attorney General William Barr said — but the Justice Department has concluded they did not amount violations of the law.

Barr said he is satisfied that Trump had "non-corrupt motives," prompting the attorney general to decide not to prosecute the president for obstruction.

In the report, investigators wrote:

If we had confidence after a thorough investigation of the facts that the president clearly did not commit obstruction of justice, we would so state. Based on the facts and the applicable legal standards however we are unable to reach that judgment. The evidence we obtained about the president's actions and intent presents difficult issues that prevent us from conclusively determining that no criminal conduct occurred. Accordingly while this report does not conclude that the president committed a crime, it also does not exonerate him.

The Mueller report says the case was complicated because the president has some inherent authority and because "unlike cases in which a subject engages in obstruction of justice to cover up a crime, the evidence we obtained did not establish that the president was involved in an underlying crime related to Russian election interference."

The report observes two phases of Trump's actions that reflect "a possible shift in the president's motives." Things may have changed after the president became aware that his own conduct was under investigation.

For example, the report cites notes from a DOJ aide on Page 78 stating that when then-Attorney General Jeff Sessions told Trump that a special counsel had been appointed, the president "slumped back in his chair and said, 'Oh my God. This is terrible. This is the end of my presidency. I'm f***ed.' "

There are also instances of Trump aides not carrying out his directives, including a request to then-White House counsel Don McGahn to tell the Justice Department that Mueller had a conflict of interest and must be removed.

What the campaign knew

Here's what Mueller's office wrote about the Trump campaign's knowledge of the Russian interference in the presidential race between Donald Trump and Hillary Clinton as it was taking place in 2016:

Trump, in written answers to questions from the special counsel's office, said he had no recollection of learning at the time what was taking place beyond things that had been reported publicly.

Trump specifically told investigators that he had no recollection of learning at the time that his son, Donald Trump Jr., son-in-law Jared Kushner and campaign chairman Paul Manafort planned to meet with the Russian delegation they hosted at Trump Tower in June 2016.

Because investigators did not find a conspiracy between Trump's campaign and the Russian interference, that suggested Trump wasn't trying to cover anything up, Barr said during the Thursday press conference before the report's release.

And notwithstanding Trump's frequent public outrage about the matter, the president cooperated with Mueller's inquiry, Barr said.

"There is substantial evidence to show that the president was frustrated and angered by a sincere belief that the investigation was undermining his presidency, propelled by his political opponents and fueled by illegal leaks," Barr said.

The attorney general told reporters he considered it his prerogative to decide what actions to take or not take and what charges to pursue or not pursue, following the completion of the special counsel report. 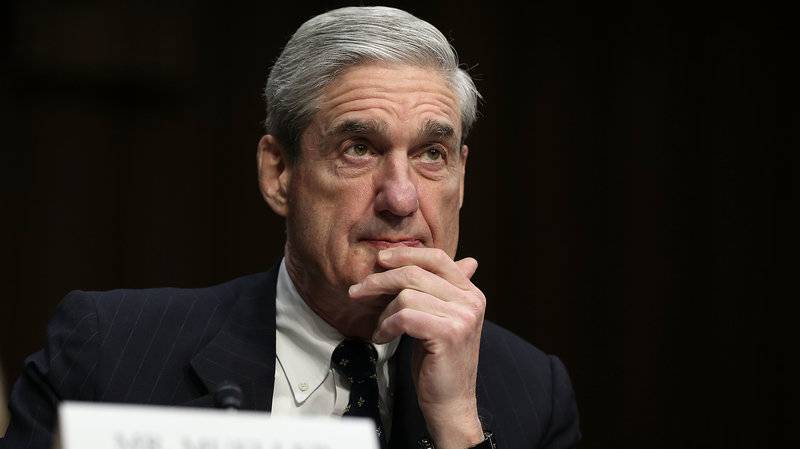 Mueller did not "indicate" that he considered his mandate to leave decisions about whether to punish the president up to Congress, Barr said.

"We don't convene grand juries and conduct investigations for that purpose," he said.

Mueller's assignment was to file a confidential report to the attorney general, Barr said — not necessarily intended for Congress or the public, Barr added.

That gave him the authority to decide what to do and he is the one who has reached a decision about charges as well as the decision, based on his own discretion, to release it publicly in redacted form, Barr said.

Throughout the press conference, Barr struck a familiar refrain from Trump's many tweets and public comments in the past two years, repeating several times that the special counsel found "no collusion" with the Russian social media agitation in 2016 or the theft and the dumping of emails from political targets in the United States.

Trump welcomed Barr's briefing with a post on Twitter that included an image of himself in a "Game of Thrones" motif with the legend: "Game over."

No invocation of executive privilege

Administration lawyers wanted to review the document to see whether they might want to suppress anything in it under executive privilege — the legal doctrine that permits a president to keep some information within an administration from the public.

"He would have been well within his rights to do so," Barr said of Trump.

Ultimately, the White House didn't excise any information, Barr said, and all the redactions in the report were made by the Justice Department.

Leading Democrats on Capitol Hill complained about Barr's handling of the report. They objected to the early preview for the White House and to Barr convening a press conference before the Mueller report was public.

Rep. Jerry Nadler, D-N.Y., chairman of the House Judiciary Committee, said on Wednesday that Barr "appears to be waging a media campaign on behalf of President Trump, the very subject of the investigation at the heart of the Mueller report."

The chairman later called on Thursday for Mueller to speak for himself about his work, in public, to Congress, in a hearing by May 23.

It is clear Congress and the American people must hear from Special Counsel Robert Mueller in person to better understand his findings. We are now requesting Mueller to appear before @HouseJudiciary as soon as possible. pic.twitter.com/Mmo6PA4KPt

House Speaker Nancy Pelosi, D-Calif., and Senate Minority Leader Chuck Schumer, D-N.Y., said before the press conference that Barr's "regrettably partisan handling of the Mueller report ... [has] resulted in a crisis of confidence in his independence and impartiality."

Pelosi and Schumer added that "the only way to begin restoring public trust in the handling" of the Mueller investigation is for Mueller himself to testify publicly before the House and Senate "as soon as possible."

The possibility of Mueller testifying before Congress is one that Nadler has raised before. The Judiciary Committee chairman and and Rep. Doug Collins, R-Ga., its ranking member, agree on a desire to have Mueller testify.

Barr said on Thursday that he didn't object, although no hearing is now scheduled. Barr himself is expected to appear before the House and Senate judiciary committees in a few weeks.

The top-line conclusions of Mueller's investigation already were public: Mueller's office did not establish that Donald Trump's 2016 campaign conspired with the Russians who attacked the election, Barr wrote to Congress on March 24.

Nor, wrote Barr, did Mueller's office establish that Trump's actions amounted to the commission of an obstruction of justice offense.

The attorney general told Congress that Mueller's report neither reached a firm conclusion that Trump had broken obstruction law nor did it exonerate him. Accordingly, Barr and Rosenstein concluded that Mueller's findings were insufficient to merit criminal charges for obstruction, Barr wrote.

The attorney general included these conclusions in a four-page letter to Congress about the Mueller report, but the roughly 400-page document will not be made public until Thursday.

Barr recently told lawmakers that he would excise sensitive material from it, including grand jury information and foreign intelligence, before providing the document to Capitol Hill and the public.

Democrats have said that isn't good enough: They want to see everything that Mueller developed, including the underlying information.

Barr has said he is open to negotiations with the leaders of the House and Senate judiciary committees about showing them more from Mueller's work than the public may see.

Nadler argues that lawmakers' access to Mueller's work product does not depend on the discretion of the attorney general and that Congress is entitled to it under law.

Key House committee chairs demanded that work product from Barr in a letter, and the House Judiciary Committee voted on April 3 to authorize the issuance of a subpoena to compel him to provide Mueller's material to Congress.

Barr explained to Congress on April 9 why his office was excising material from Mueller's report. He said it would fall into four categories:

— those involving grand jury material, which is kept secret by law;

— those involving foreign intelligence, which is sensitive when it reveals the sources or methods by which it was obtained;

— those that implicate ongoing cases, including the investigations or prosecutions that have spun out of Mueller's investigation;

— and those that would violate the privacy of people whom Barr called peripheral players to the main story.

Barr told lawmakers that the document would include explanations for each area that had been redacted.

Tags:Robert MuellerU.S. Attorney GeneralWilliam BarrMueller Report
Support independent journalism today. You rely on WFYI to stay informed, and we depend on you to make our work possible. Donate to power our nonprofit reporting today. Give now.

Three property owners with land along northwest Indiana's Lake Michigan shoreline have asked the U.S. Supreme Court to undo a 2018 ruling by Indiana's high court which declared that the shoreline is owned by the state for the public's enjoyment.
Read More 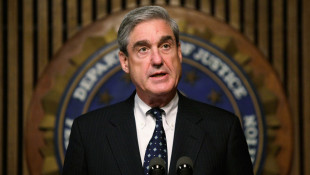 READ: The Mueller Report, With Redactions

Attorney General William Barr has released special counsel Robert Mueller's report on Russian interference in the 2016 U.S. election. Democrats have pushed for Congress to get an unredacted version.