Administrators at Center Grove High School are investigating a post on social media that evidently shows a football player in blackface after the team won the 6A state title game Nov. 27.

A player for Westfield High School, Center Grove’s opponent in the championship game, posted to social media saying the player was in blackface to mock him. Center Grove defeated Westfield 27-21.

“This game comes with trash talking and physicality but never does it come with those actions,” Westfield defensive end Popeye Williams wrote.

Williams, a senior and one of the top football recruits in the state, is committed to the University of Louisville. His father, Bo Williams Jr., wrote on social media that the Center Grove student’s actions shouldn’t be tolerated.

“My hope is that something is done and that this ridiculous behavior is disciplined to the highest level,” he wrote.

Westfield Washington Schools acknowledged the incident in a statement.

“We stand in support of Popeye and the Williams family as they process and face this act of racial discrimination,” Westfield principal Alicia Denniston said. “While we know that people make mistakes, we hope we can all use this opportunity to learn from our actions.”

A statement attributed to Center Grove’s principal, Jeffry Henderson, said administrators are working with the athletic department and coaching staff.

“This student’s actions do not represent the values of our athletic program, high school, or school community,” he said.

Tags:Westfield Washington SchoolsCenter GrovefootballK-12race
Support independent journalism today. You rely on WFYI to stay informed, and we depend on you to make our work possible. Donate to power our nonprofit reporting today. Give now. 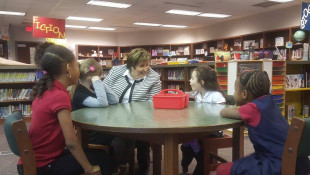 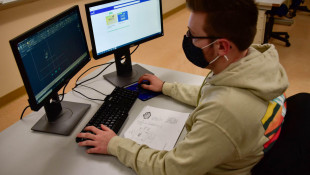 Indiana schools are seeing a surge in the number of students taking career and technical education courses this school year. Nearly 225,000 students enrolled in hands-on skills classes, far more than at any point in the last five years. 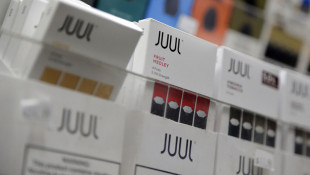