Years before starting a landmark research project on abortion access, Diana Greene Foster saw firsthand the impact that banning abortion can have, through her grandmother Dorothy.

Dorothy became pregnant at 19. It was not planned, and Foster thinks if her grandmother had access to a legal abortion, she would’ve gotten one. But in 1940, that wasn’t an option. Instead, she placed her daughter — Foster’s mother — for adoption.

Foster first met Dorothy when she was 12, and the two became even closer when Foster moved to Dorothy’s home state of California for college. Foster said Dorothy lived an interesting life; she owned multiple businesses and traveled extensively. But it was not the life Dorothy mapped out for herself. She struggled with money and relationships, and she never had more kids.

It’s impossible to pinpoint how much Dorothy’s unplanned pregnancy altered her life, but Foster says her grandmother’s life and the lives of the women she’s met through her research are a reminder of the price people pay when abortion is illegal. 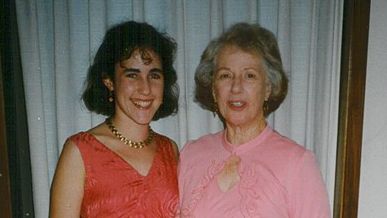 Lessons from the Turnaway Study

There are still unanswered questions about how the Supreme Court’s decision to overturn Roe v. Wade will play out for pregnant people across the country. But Foster, a professor at the University of California San Francisco who studies contraception and abortion, has solid research behind her prediction.

In 2008, Foster launched the Turnaway Study, which followed nearly a thousand women seeking abortions at 30 clinics across the U.S.

The study participants mirrored those who seek abortions nationwide — most were in their 20s, living in poverty and already had kids. Foster specifically targeted women who were just under or just over the facilities’ gestational limits for getting an abortion. Because of this, some received the abortion they wanted while others were “turned away.”

Foster’s team of researchers conducted nearly 8,000 interviews as they checked back with the women over five years to learn how having or not having the abortion affected their lives. Their study has produced nearly 50 peer-reviewed articles and a book filled with findings that — with abortion expected to be banned or severely restricted in about half the country within weeks — are as relevant to the future as they are to the past.

Foster said in the first few months, women who were denied abortions reported higher levels of anxiety, but over time, there were no major mental health differences between the two groups.

Economically, women denied abortions had more debt, were more likely to live in poverty, and less likely to be able to work full time.

“When we ask people, why do you want an abortion, their No. 1 reason is they feel like they can't afford to have a child,” Foster said. “This end of Roe will make things worse.”

She pointed to a quote from an 18-year-old Turnaway Study participant from California who had been denied an abortion.

“She said, ‘I wish I'd had her when I was older, more stable, more financially set, just pretty much to where I knew who I was, because it was like raising her and trying to figure me out. But I was raising both of us — myself and her,” Foster said.

People who were denied abortions were less likely to be in high-quality relationships and to have achieved self-established life goals in the years after giving birth, including having more children later on in life.

Seeking data on the impact of abortion bans

Foster and her colleagues are now on to a new study, which will focus on if and how people are able to get abortions after the procedure is banned in their state.

“Do you decide to travel out of state? If so, who is it who gets to travel? And who tries to do dangerous things and where do they get the idea to do that?” she said.

Foster’s team has already started following people from 17 abortion facilities who had appointments canceled post-Roe and those who received an abortion right before the Supreme Court decision.

Foster hopes hard data on the impact of abortion bans will inform state lawmakers who now control this decision.

“I think it's completely clear that denying people access to abortion results in worse consequences for their health and their families’ well-being,” she said. “So that doesn't need to be demonstrated again. What needs to be shown is: How do people acclimate to something that has been a right for 50 years and is suddenly not a right and in fact is illegal?”

This story comes from the health policy podcast Tradeoffs, a partner of Side Effects Public Media. Dan Gorenstein is Tradeoffs’ executive editor, and Ryan Levi is a reporter/producer for the show, which ran a version of this story on June 30.

Tags:Roe V. Wadeabortion lawsabortion
Support independent journalism today. You rely on WFYI to stay informed, and we depend on you to make our work possible. Donate to power our nonprofit reporting today. Give now.