What Will Happen To The Money In Pence's Gubernatorial Campaign Account?

Through the last campaign finance filing period – which ended June 30 – Pence had more than $7 million in his gubernatorial campaign account. That money is now in limbo as state Republicans wait to see what the governor will do with it.

However, some Indiana Republicans say they’d like to see most of the money stay in the governor’s race, for whichever candidate the party chooses to replace Pence on the ballot. Pence could directly transfer all his campaign cash to that candidate.

The Indiana GOP will choose its new nominee next week.

Tags:Election 2016Mike PenceIndiana Republicans
Support independent journalism today. You rely on WFYI to stay informed, and we depend on you to make our work possible. Donate to power our nonprofit reporting today. Give now.

What do I need on Election Day? The midterm election is Nov. 8

What do you need on Election Day? Where can you find your ballot to research candidates ahead of time? Does your vote really matter?
Read More 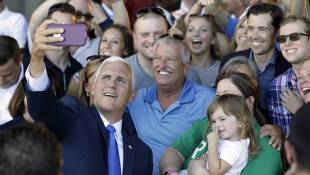 What Did Mike Pence Do For Indiana Schools As Governor? Here's A Look

Donald Trump has said: "Got to get rid of Common Core - fast." And a couple of years ago, it seemed Pence would be a trailblazer in doing that at the state level. It didn't totally turn out that way. 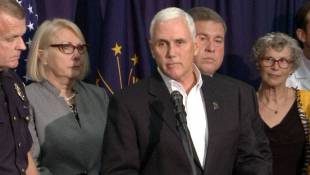 Gov. Mike Pence's decisions about health and healthcare in Indiana have drawn attention from within and outside the state. And his record could be important in November, because his running mate doesn't have a legislative record at all. Here's a quick look at the governor's record on health policy in Indiana.