When a coal plant shuts down, the loss of jobs and tax revenue can be devastating for the towns that host them. The state is grappling with how to help workers and local governments in Indiana with that transition.

But activists say people who are harmed the most by the pollution and climate impacts from these plants need to be part of the conversation too. In the second story in our two-part series, we look at how the transition away from coal could play out in Michigan City as NIPSCO plans to close its coal plant there.

How Coal Pollution Can Affect Communities

It’s not always easy to see how something like pollution can affect your health. But for Michigan City resident Don Brooks, it’s pretty clear. He has COPD — which stands for chronic obstructive pulmonary disease. It makes it difficult to breathe and can be life-threatening. Brooks said he was pretty active when he was younger, but now he can get winded just going up the stairs.

READ MORE: How A Coal Plant's Closures Could Affect One Indiana Town And What It Plans To Do About It

People who live near things like coal plants, factories, and big cities are more likely to have heart and lung conditions like COPD.

Brooks said it's hard to say if pollution played a role in his diagnosis. He used to smoke and likely inhaled some powder when he worked at a powder coating facility. What he does know is that emissions from things like the NIPSCO coal plant impact his health right now.

But it's not only what's in the air that concerns activists. Ashley Williams is a co-founder of the group Just Transition NWI. She said no one should forget how coal ash from the Michigan City plant contaminated water and soil in the Town of Pines just next door.

"They're still dozens of homes without access to municipal water. There's still homes that are getting bottled water. This is messed up," she said.

While most Michigan City residents are on city water, Williams says it’s highly likely that coal ash from the plant has made its way into nearby Lake Michigan and Trail Creek. Some of the coal ash ponds at the plant are unlined and sit very close to the shoreline. Coal ash was also used as fill on the site. Environmentalists worry it could be leaching into the groundwater or getting into those waterways when the lake floods.

La’Tonya Troutman is with the LaPorte County branch of the NAACP and another co-founder of Just Transition NWI.

"I know firsthand, a lot of people fish in both areas," she said. "And not everybody is catching and releasing."

NIPSCO plans to remove the coal ash waste and put it in a lined landfill in Jasper County near its R.M. Schahfer plant. But Williams said moving the waste to some other town isn’t ideal and the utility hasn’t convinced the group that it can excavate and transport the coal ash safely.

Officials with NIPSCO said the utility plans to control coal ash dust to prevent it from flying out of trucks and that most groundwater samples tested at the Michigan City Generating Station met drinking water standards.

Change Is In The Air

Residents like Brooks may breathe a little easier in eight years. NIPSCO plans to close the Michigan City plant, remove its coal ash ponds, and get more than 60 percent of its energy from renewable sources. And it seems like Michigan City leaders are ready for a change too.

Councilman Michael Mack represents residents in the city’s West Side neighborhood — who live closest to the plant. He said the West Side has three of the things the city is most known for — the lakefront, the outlet mall, and the prison. And then, of course, there’s the NIPSCO plant. Mack said the plant has been an iconic part of Michigan City, but it’s time to move forward.

"I think everybody's ready for it," he said. "I don't think there's very many people that would be standing up for ‘let’s burn coal’ right now."

Unlike other towns in Indiana, the closure in Michigan City isn’t going to hit quite as hard. The plant is smaller, doesn’t buy Indiana coal, and is in a much bigger city with more industries. It’ll still mean losing high-paying jobs and more than $3 million in local and state tax revenues. But some local leaders see the closure as an opportunity.

"We have one of the best views in Lake Michigan sitting right on that area, over 50 acres. So why not take advantage of that," said Clarence Hulse, executive director of the Michigan City Economic Development Corporation.

From where Hulse is standing at Washington Park, the coal plant looks out of place next to the city’s own small slice of the lakefront — which among other things includes the public beach, a marina, a restaurant, and a zoo. Hulse said he could see some retail businesses or commercial offices where the plant is now.

"I think it's a prime spot for people to live and work," he said.

But activists worry that NIPSCO will still leave coal ash contamination behind and it’s possible that not everyone will benefit from this change.

Will The Transition Be Equitable?

Ashley Williams with Just Transition NWI said the people most harmed by pollution are often left out of these conversations — and that could lead to another polluter moving into the plant’s place.

"We want to see that really thorough open dialogue with the community, not a behind-closed doors, sort of backroom deal for the coal plant where an investor comes in and just takes over the land and throws in again, another injustice," Williams said.

La’Tonya Troutman said another concern is that other developments — like beachside resorts — could gentrify the area and exclude residents from the lakefront.

Troutman said many people who live closest to the plant are lower income residents and people of color — and they should be able to enjoy the land too.

Troutman said the city needs to think about how people affected by pollution can be part of positive change going forward.

Both Clarence Hulse and Michael Mack said the city has no plans to put an industrial building where the NIPSCO plant is now and both want to keep the lakefront area open to the public. But Hulse said after the plant closes, it could be a decade or more before the land is ready for new development.

Mack said he could see a struggle between private industries and community leaders in the future — but those competing interests just haven’t shown up yet.

"So we just have to be smart, we have to be aware, and we have to make our input known on what we want as this process continues to go forward," he said.

Indiana is in the middle of developing a statewide energy plan. Environmental justice advocates say it’s important that the people most harmed by coal pollution and its impacts on the climate get a seat at the table.

This story is part two of our two-part series on the effect of coal plant closures in the state.

Tags:Coalpollutionrenewable energy
Support independent journalism today. You rely on WFYI to stay informed, and we depend on you to make our work possible. Donate to power our nonprofit reporting today. Give now. 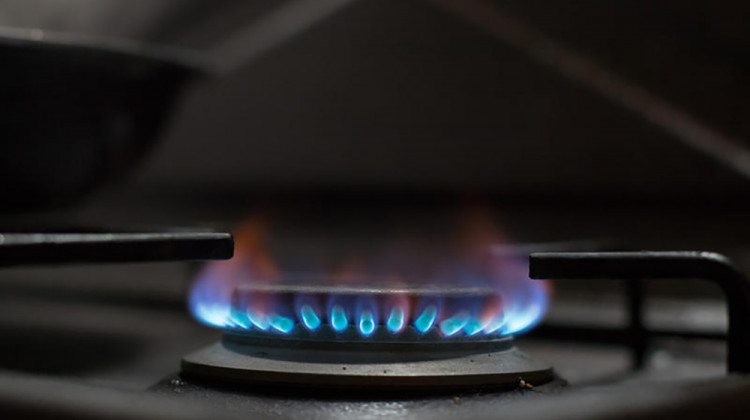 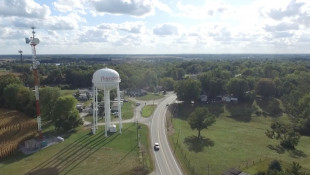 Within the next decade, nine coal plants in Indiana are expected to close or partially shut down. While that may mean cleaner air, it can also have repercussions for the towns that host these plants.