With Jobs Unfilled, Manufacturers Team Up On Open Trainings

LAFAYETTE -- In the coming months, Subaru needs to add hundreds of workers at its huge Lafayette plant. But it hasn't been easy for the car-maker or other manufacturers to hire people with the right skills.

So they're teaming up, with trainings starting in April, to create a new workforce from scratch.

Lafayette's Subaru of Indiana Automotive, or SIA, is the only Subaru factory outside Japan. Inside, 5,000 people are turning chunks of steel into cars.

It's loud, industrial work, but it's got some modern twists. Spokeswoman Media Oakes points out computerized assembly lines and automated welders alongside human partners.

Employees are piecing together the steel frames of Legacies and Outbacks, as well as Toyota Camrys as part of a joint venture that ends this summer. When SIA starts making Subaru Imprezas after that, they'll need 1,200 more workers who understand advanced manufacturing.

"We're building a car about every minute and three or minute and six seconds, so it's very high-paced and advanced," says Brad Rohrer, a human resources manager at the plant. "So trying to find those people [and] find that workforce when the unemployment rate is 4 percent … there's a lot of competition."

In the past couple of years, West Central Indiana has created more than 2,000 manufacturing jobs. But it's only filled about 500, according to the Greater Lafayette Chamber of Commerce.

There aren't a lot of older adults looking for factory work, and Rohrer says those who apply aren't always the right fit. So Subaru is broadening its search to include a demographic they can groom for the industry: recent high school graduates.

"It was really this group of employer[s] looking for a solution on, 'How do we get the right employees with the right skill that we will either need today or we know that we'll need in the future,'" says Deborah Waymire, who's chief of operations for the Region 4 Workforce Board.

The solution they found, she says, is a relatively new state grant program called Skill UP. It funds job trainings for anyone over 18 with a high school diploma.

The region's manufacturers formed an alliance, mediated by the workforce board. It includes everyone from Caterpillar, to smaller local companies like Kirby Risk.

They're not hiring right now, but manufacturing president Doug Mansfield says they're still looking to the future.

"The only way you can grow a business, unless you're fully automated, is you have to have talent," he says. "If that pool isn't available, it gets very, very challenging, because now you're struggling to find applicants and new employees."

The Skill UP grant will pay to train at least 450 people in the basics of advanced manufacturing, plus soft skills like attendance, over the next year and a half. 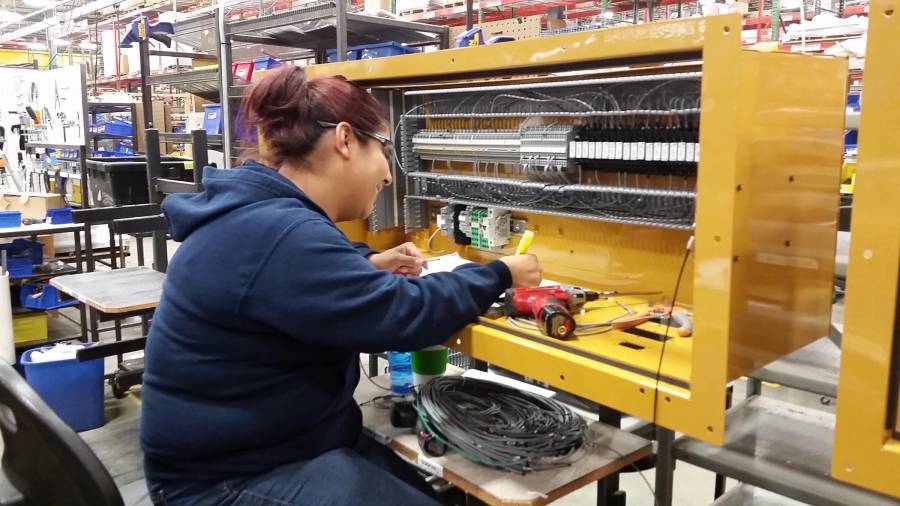 Testing the wiring connections inside one unfinished panel is is 29-year-old Alondra Pelaez. With only a high school diploma, the Lafayette native is a lot like the people Skill UP might send here someday. She's been at Kirby Risk for three years, and says it's her first time doing this kind of work.

"I just saw the position available," she says, laughing. "But I really like it ... for some reason."

Doug Mansfield is optimistic they'll be able to attract more workers like Pelaez in the next few years.

"What we want to do is to get them in the facilities to show them that manufacturing today is more technical," he says. "The environment is great, it's safe, it's clean, and there's all kinds of opportunities."

Kirby Risk and the rest of the alliance are aiming to continue the program once the grant runs out, and to get the training recognized as an official certification by more industries statewide.

Tags:jobsSubaruadvanced manufacturingjob trainingKirby RiskSkill UpRegion 4 Workforce Board
At WFYI, our goal is to cover stories that matter to you. Our reporting is rooted in facts. It considers all perspectives and is available to everyone. We don't have paywalls, but we do need support. So if unbiased, trusted journalism is important to you, please join us. Donate now.

Indiana On Pace To Deplete Jobless Benefits In September

Indiana's unemployment insurance trust fund will be depleted in September if Hoosiers continue seeking assistance for joblessness at the current pace due to the coronavirus pandemic, a state official says.
Read More

Indiana union representatives rallied Thursday outside the offices of Sen. Todd Young and Sen. Mike Braun, calling for them to support the HEROES Act before the U.S. Senate goes on a five-week vacation.
Read More 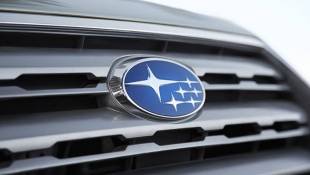 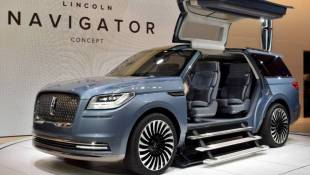 Automakers Get Real In New York

Automakers get real in New York. There were a few glitzy concepts, but the big deal is all of the factory fresh production models shining under the lights. 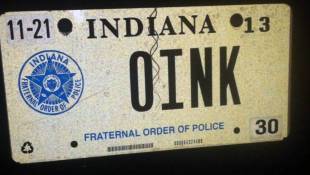 Hoosiers will once again be able to get a personalized license plate from the Bureau of Motor Vehicles, beginning Friday.