"The collaboration and the integration, those are the two words we keep stressing," he says. "It just provides more care for people closer to home."

St. Vincent officials say the affiliation gives the hospital access to a larger pool of resources.

The announcement builds on an existing partnership. Two doctors with Peyton Manning Children’s Hospital were already based at St. Vincent, which says it’s recruiting more.

Tags:Peyton ManningPeyton Manning Chidlren's HopsitalSt. Vincent Medical GroupEvansville
At WFYI, our goal is to cover stories that matter to you. Our reporting is rooted in facts. It considers all perspectives and is available to everyone. We don't have paywalls, but we do need support. So if unbiased, trusted journalism is important to you, please join us. Donate now. 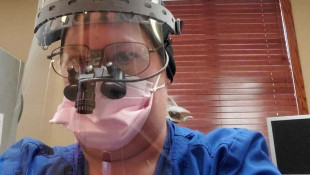 As Dentists Reopen, COVID-19 Uncertainties Have Some Workers Worried

Dentists and hygienists spend a lot of time inches away from wide-open mouths, conducting procedures known to generate aerosols -- tiny droplets that can linger in the air and carry viruses. Now, patients and workers are assessing whether it's safe to get dental care amid the lingering risks of COVID-19.
Read More 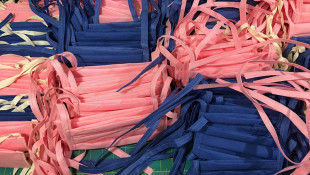