After decades of debate, Hoosiers will finally be able to buy alcohol on Sundays, starting this weekend. Governor Eric Holcomb signed the bill into law Wednesday.

“The prohibition of Sunday sales in the state of Indiana is over,” Holcomb said at the signing.

But, the battle over alcohol reform in Indiana is far from over. 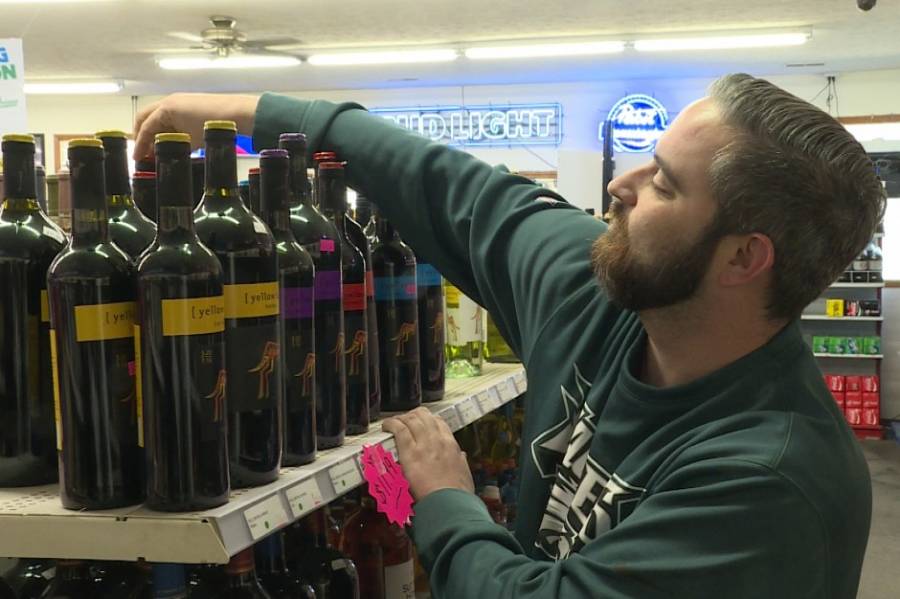 The general manager at The Beverage Shop in Ellettsville says he thinks Sunday sales will increase revenue. (Photo: Barbara Brosher)

It’s a weekday morning at The Beverage Shop in Ellettsville, and the store has a surprising number of customers stopping in.

It sits on a busy stretch of State Road 46. General Manager Adam Sulinski says that makes it a prime location for people passing through town.

“We get a lot of people who come through on Sundays that don’t understand why Indiana doesn’t sell alcohol on Sundays,” Sulinski says. “So, we miss out on a lot of money, I feel.”

That’s about to change.

The Beverage Shop, and liquor stores across the state, are getting ready to be open on Sundays starting this weekend. Sulinski says he’ll reassign employees to work the new shift, but the biggest change will be in revenue.

“For us, we’ve got two stores, we’re in really good locations,” he says. “I don’t have much grocery competition, so it’s just an extra business day for us.”

Not being able to buy alcohol on Sundays is something Hoosiers are used to.

Jason Lantzer is Assistant Director of the Honors Program at Butler University. He’s written two books about Prohibition. In the early 1900s, Lantzer says alcohol was a huge political issue.

“There were partisan battles, and ideological battles and, yes, even religious battles, over alcohol; its place in society; what it meant for Indiana; what it meant in a country that was experiencing immigration, and culture, and urbanization and all sorts of things,” he says. “So, there were all sorts of restrictions that were being placed on alcohol from Sunday sales.”

Indiana is one of several states that enacted its own alcohol restrictions following the repeal of Prohibition. Those included the ban on Sunday sales, which originally included restaurants and bars.

“What become anachronistic is that Sunday sales don’t come back before 2018, the length that we hold on to no alcohol sales on Sundays,” Lantzer says.

Lantzer says Indiana ending its ban on Sunday sales signals the end of an era. But, there’s another decades-old alcohol law where the state is still a holdout: cold beer sales. 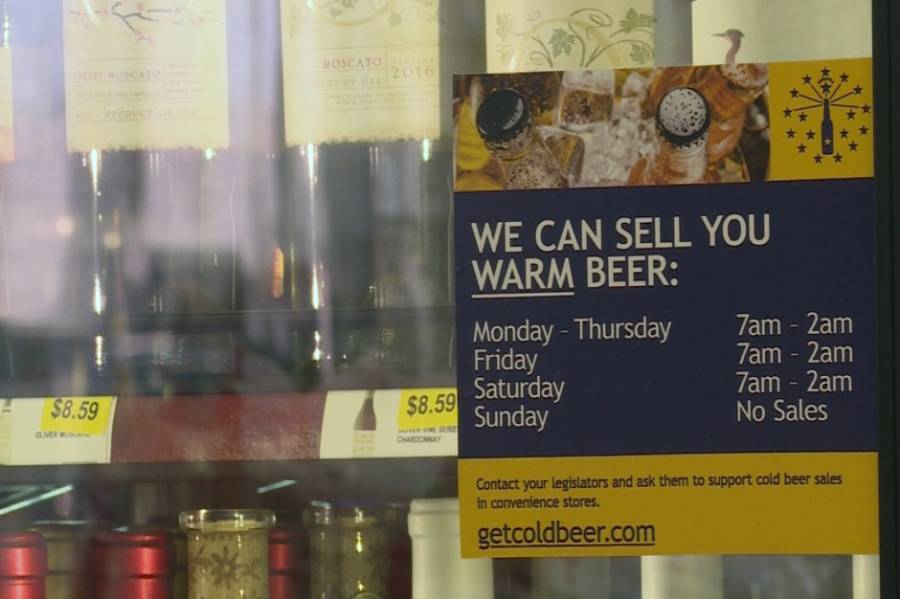 The owner of Ricker’s convenience stores says he plans to continue fighting for expanded cold beer sales, after a bill to do so failed during this year’s legislative session.

Legislators worked quickly to close that workaround, and promised a comprehensive review of alcohol laws.

Then the Indiana Association of Beverage Retailers and the Indiana Retail Council came together and asked the General Assembly to legalize Sunday sales, while at the same time requesting they keep the sale of cold beer in convenience and grocery stores illegal.

And, that’s exactly what happened.

“That business has been protected for many, many years,” Ricker says. “And, they haven’t had to change and innovate.”

Ricker says he just wants the competition to be fair, allowing liquor, grocery and convenience stores to sell the same alcohol, at the same temperatures.

He doesn’t think the state legislature should be in the business of determining what industries should have an advantage over others.

“We need to have the ability to sell what our customers want, and it’s not just that we’ll get more beer sales,” he says. “What it really does is lift our store sales inside.” 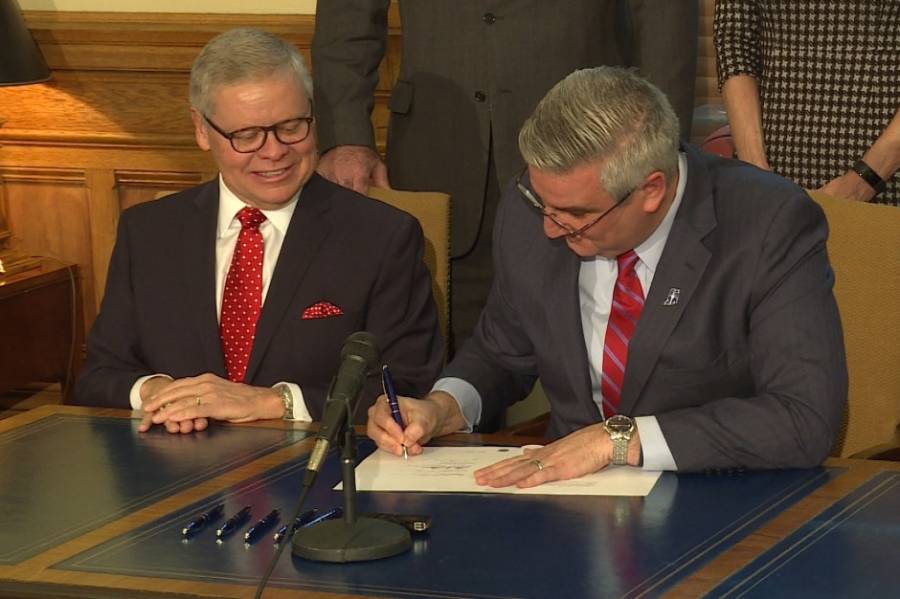 Gov. Holcomb acknowledged during his bill signing this week the debate over cold beer will continue.

“We will cross that bridge when we come to it,” Holcomb says. “And, the good news is next year’s next session is right around the corner, and we’ll continue to look at ways to modernize.”

That’s something that worries Sulinski back at The Beverage Shop, because cold beer makes up more than half of his sales.

But, he says the business will survive if the legislature eventually expands cold beer sales. Other stores may not. And, Sulinski says that’s just part of the competition.

Tags:Sunday carryout alcohol salesalcohol lawscold beer sales
Support independent journalism today. You rely on WFYI to stay informed, and we depend on you to make our work possible. Donate to power our nonprofit reporting today. Give now. 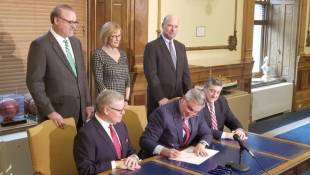 With the stroke of his pen Wednesday, Gov. Eric Holcomb signed a bill easing the state's Sunday blue laws. Hoosiers will be able to purchase alcohol on Sunday March 4.