“Her name was Liberty Bell, and she was born on [the] Fourth of July and she was the sweetest thing,” Maria said.

For about a year, Maria would go to the nonegenarian’s home in Southern California three to seven days a week to help her get dressed, take a shower and eat her meals. Maria loved the connection she built with Liberty Bell and the feeling of helping someone.

But finding enough people like Maria to care for this country’s aging population in their homes and nursing facilities is a major challenge.

About 10 percent of long-term care workers have left the field since the pandemic started. Without enough staff, nursing homes are having to turn people away, family caregivers are struggling as they wait months for a home health aide, and the remaining workers are stretched thin, putting patients at risk.

The sector has struggled for years to attract and retain frontline staff given its low wages, difficult work and often subpar working conditions. The average direct care worker — which includes home care workers, assisted living aides and certified nursing assistants — makes less than $15 per hour. The overwhelming majority of these workers are women, and 61 percent are people of color.

Increasing wages and improving work conditions have been at the top of the list of strategies to address this workforce crisis. But experts suggest something else could help too: creating new career pathways.

After one-third of the aides at Homebridge quit their jobs over a six month period in 2016, the nonprofit San Francisco home health agency knew it had to make some changes. When management surveyed the remaining workers, a potential solution started to emerge.

“What was really clear to us is that they wanted to have career advancement potential,” said Mark Burns, Homebridge’s executive director. “They wanted to have wage improvement opportunities. They want[ed] to be treated like professionals.”

Homebridge increased its starting wage to $16 per hour, and introduced a career advancement program called the STEPS Program. Previously, all aides at Homebridge received the same training and pay, whether they’d been there three months or 30 years.

Under the STEPS Program, Burns broke training into three tiers that covered basic home care, substance use and mental health, and medical skills. At each step, workers got a new title, more responsibility and a 50 cents per hour raise.

Serena Maria was one of the first aides to go through the program, and by 2019 — two years after starting with the organization — she had moved through all three tiers and become a supervisor. Today, she is a manager of care teams, making $65,000 a year and overseeing the care of hundreds of people.

“It has meant a total, complete change in my life,” Maria said of the STEPS Program. "If I was just stagnant in pay, I probably would have left [home care] and said, ‘I got to go. This is not working out for me.’” 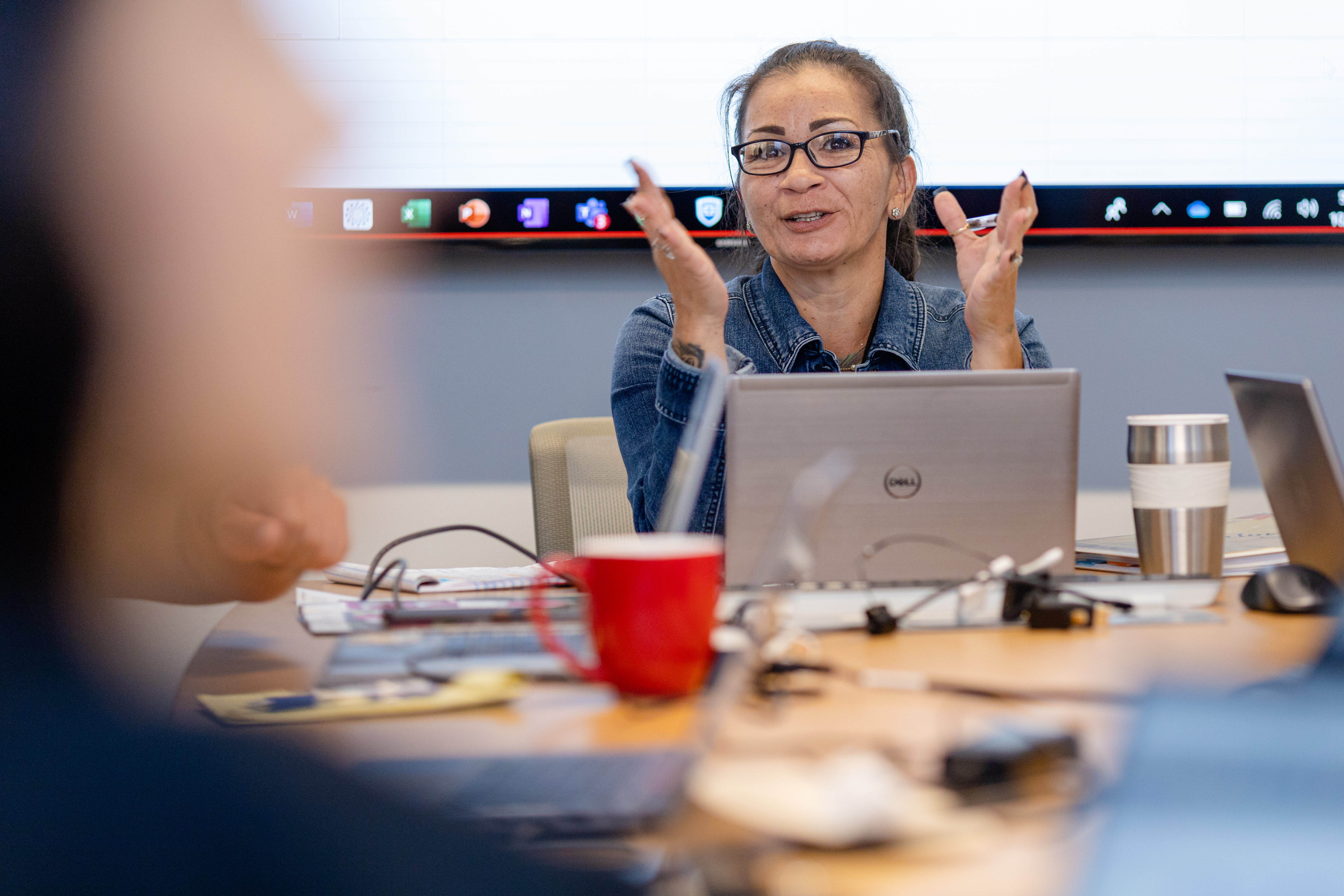 There are many variations of career pathway programs, often called career ladders or lattices.

Most commonly, they involve putting workers on the path to becoming a nurse or other health care professional, like a social worker or administrator. Other programs, like STEPS, give workers additional skills in their current roles, like becoming a home care dementia specialist. They all include additional training and wage increases.

It’s unclear how many of these programs exist, and direct evidence on their impact is limited. An internal evaluation of the STEPS Program showed improved retention and job satisfaction among aides, which lines up with evaluations of other pilots that found career pathways reduced turnover, eased recruitment and even reduced emergency room visits for patients.

“I think from these pilot programs, we are seeing there's a benefit to the worker, as well, it seems, benefits to the client or care recipient,” said Natasha Bryant, senior director of workforce research and development for LeadingAge, an organization representing more than 5,000 mostly nonprofit aging services providers.

Bryant said more research is needed to determine whether career pathways actually improve recruitment, retention, patient care and spending. She also noted several logistical barriers: a shortage of workers to cover for people getting trained, professional licensing laws limiting what aides and nursing assistants can do, and, of course, money. 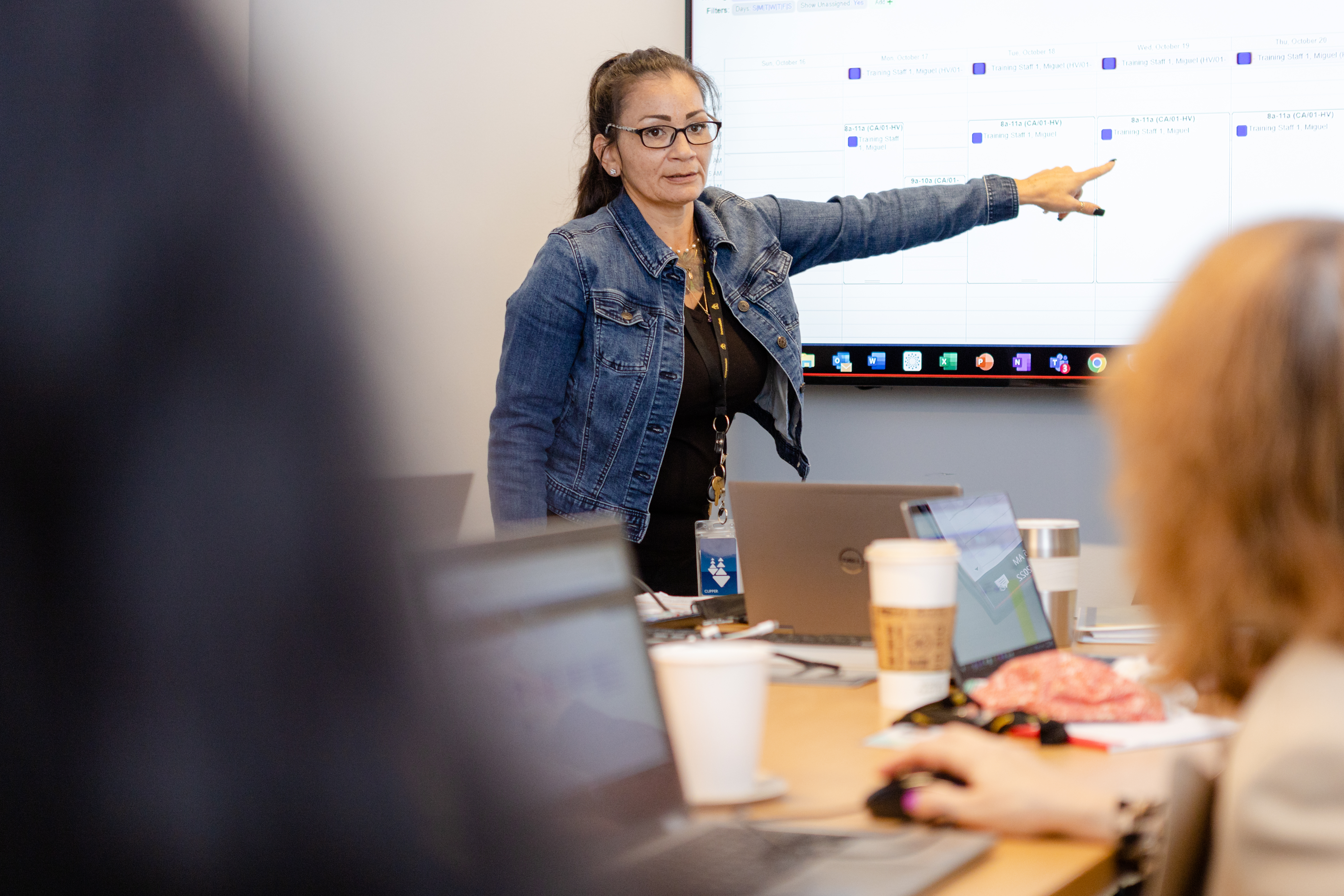 While some employers, like Homebridge, are investing in career advancement programs, interviews with more than two dozen researchers, providers and state officials suggest that many long-term care companies are not — even as employees walk out the door, threatening patient care.

Medicaid covers more than 40 percent of all long-term care costs in the U.S., and nursing homes in particular say the rates the low-income health insurer pays them to care for older Americans are too low. Employers are also concerned about paying to train someone who could take their new skills to a different organization.

Jonathan Gruber is pushing a different funding approach he thinks could address those concerns. He’s a health economist at the Massachusetts Institute of Technology, best known for his role as one of the architects of the Affordable Care Act.

Gruber was inspired by the nonprofit Social Finance, which has used what it calls “career impact bonds” to finance career ladders in other industries, like advancing careers for nearly 900 diesel technicians.

Under Gruber’s idea, a third-party — likely government or philanthropy — would put up an initial pot of money to pay for a certified nursing assistant to take time off work, get child care and go to school to become a licensed practical nurse.

Once they got their new job — and an average jump in salary from $30,000 to $48,000 a year — the worker would be responsible for paying back their training costs.

“As they pay it back, that creates new funds to send more people to school, and it becomes a self-sustaining program,” Gruber said.

It’s attractive to employers because they don’t have to pay for training, and Gruber hopes it will entice state and federal policymakers because any government investment would only be one time, not permanent.

Several long-term care researchers, advocates and providers Tradeoffs spoke with found Gruber’s idea intriguing, but they worried about letting employers off the hook and saddling workers with debt. Many believed companies should pay for additional training, and employees could agree to stick around for a few years in exchange.

Gruber is working with Social Finance and nursing homes in Massachusetts to develop the idea, and they have asked Massachusetts lawmakers for $25 million to kickstart the program. A handful of other states, including Kansas, Colorado, New Hampshire and Vermont, have already committed to putting money toward exploring career advancement pathways.

This story comes from the health policy podcast Tradeoffs, a partner of Side Effects Public Media. Dan Gorenstein is Tradeoffs’ executive editor, and Ryan Levi is a reporter/producer for the show, which ran this story on October 20.

Tradeoffs coverage of issues facing older Americans is supported in part by The SCAN Foundation — advancing a coordinated and easily navigated system of high-quality services for older adults that preserve dignity and independence.

Tags:long-term careSide Effects Public Mediahealth care workerslong-term care facilities
Support independent journalism today. You rely on WFYI to stay informed, and we depend on you to make our work possible. Donate to power our nonprofit reporting today. Give now.