Years-Long Study Aims To Prevent Unnecessary Hospitalizations Of Fragile Geriatric PatientsPhase one of the study, developed by Indiana University's Center for Aging Research and the Regenstrief Center, placed nurses in the state's nursing homes who were trained to recognize problems in geriatric patients before they turn into full-blown issues that require hospitalization.urlIndiana University, Medicaid, Centers for Medicare and Medicaid Services, Medicare, nursing homes, geriatrics, OPTIMISTIC, Regenstrief Center, Center for Aging Research2016-10-10T00:00:00-04:002016-10-10T00:00:00-04:00

The Centers for Medicare and Medicaid Services estimate as many as 45 percent of nursing home residents’ visits to the hospital are potentially avoidable. In an effort to discover how to reduce the potentially harmful transfers, the federal agency has been working with 19 Indiana nursing homes to develop a new model of care, prevention and reimbursement.

“Transferring them across settings exposes them to all sorts of unnecessary risks and harms,” says Unroe.

Phase one of the study, developed by Indiana University’s Center for Aging Research and the Regenstrief Center, placed nurses in the state’s nursing homes who were trained to recognize problems in geriatric patients before they turn into full-blown issues that require hospitalization. OPTIMISTIC nurses also worked to improve communication among care providers and oversee, for example, reviews of multiple medications to see if any combinations are redundant or dangerous.

This month, the OPTIMISTIC study began its second phase, which adds facilities and pilots a new Medicare reimbursement model. Currently, it costs less to treat a patient inside a hospital than it does in a nursing home.

“In Medicare, currently, if a resident becomes sick and gets a full evaluation from a doctor, that doctor is paid less than if the resident was in the hospital and got that same assessment in the hospital,” says Unroe.

The new model reimburses nursing facilities and their doctors at the higher hospital rate for certain common conditions.

If the OPTIMISTIC demonstration proves successful, Unroe says she could see the new payment model being eventually adapted in nursing facilities everywhere.

The new money from reimbursement, she says, could help nursing homes adapt clinical model that proved successful in the study’s first years.

Tags:Indiana UniversityMedicaidCenters for Medicare and Medicaid ServicesMedicarenursing homesgeriatricsOPTIMISTICRegenstrief CenterCenter for Aging Research
At WFYI, our goal is to cover stories that matter to you. Our reporting is rooted in facts. It considers all perspectives and is available to everyone. We don't have paywalls, but we do need support. So if unbiased, trusted journalism is important to you, please join us. Donate now. 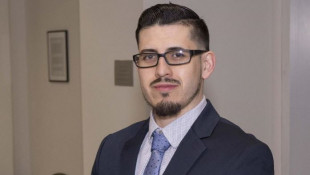 Why Latinos Are Less Likely To Seek Healthcare

Hispanics are the least likely racial and ethnic group to see a doctor when they have health problems. That's according to a study by the Census Bureau.
Read More