During a grilling Health and Human Services Secretary nominee Tom Price at the Georgia Representative’s confirmation hearing this week, Indiana Senator Todd Young expressed support for a part of the Affordable Care Act.

The Center for Medicare and Medicaid Innovation is funded through the Affordable Care Act and experiments with doctor payment models across the nation. It’s sometimes referred to as a “test kitchen” for finding more cost-effective and efficient payment structures. Demonstrations have focused on the benefits of bundling hospital payments and coordinating care among providers.

During Price’s appearance hearing before the Senate Health, Education, Labor and Pensions Committee, Senator Young expressed support for the CMMI in a question to Price.

“I think CMMI is and can continue to be a helpful laboratory for healthcare experimentation,” Young said, when asking him about his views on the organization.

Price, an orthopedic surgeon, agreed with Young, but says doesn’t want participation in such studies to be mandatory for patients and doctors.

A Young spokesman says the senator agrees with Price and doesn’t want healthcare mandates to, in his words, “come between Hoosiers and their doctors.”

Tags:Todd YoungAffordable Care ActTom PriceCenter for Medicare and Medicaid Innovation
Support independent journalism today. You rely on WFYI to stay informed, and we depend on you to make our work possible. Donate to power our nonprofit reporting today. Give now. 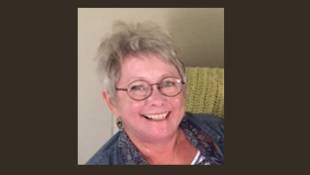 For someone with depression, finding an antidepressant is by trial-and-error and often takes weeks or months to find one that works. New research and genetic tests are starting to help doctors personalize the search for the right medication.