Zinc Oxide Kilns To Be Built In Muncie, Bringing 90 Jobs

A former auto parts plant site in Muncie will soon be able to transform the byproducts of steel manufacturing into usable zinc oxide. As IPR's Stephanie Wiechmann reports, the company says it chose the Midwest for materials and Muncie itself for the workforce potential.

The facility soon to be built on the west side of Muncie is Waelz Sustainable Products. It's a joint venture between Mexico-based Zinc Nacional and Indianapolis-based Heritage Environmental.

They'll build large industrial kilns - one in Phase 1 and, hopefully, a second soon after - and feed it the scraps of steel production by electric arc furnace that come from Midwestern steel plants. Once kilned, it will become zinc oxide. And that has many uses, says Nigel Morrison, president of a company under the Heritage Environmental umbrella.

"All tires have to have zinc oxide in them, because it improves the properties of the rubber in the tires. It's also used in the fertilizer industry, to promote the growth of crops. It's used in pharmaceuticals - it's actually used in all sorts of creams for beautification products. So it's very very safe, not like other heavy metals."

Zinc Nacional wants to run the Waelz Sustainable kilns 24 hours a day, so Morrison says there will be plenty of opportunity for jobs. That's why the companies looked at 70 sites nationwide, but chose Muncie.

Morrison says the company has a long-term "vision" to create another 200 jobs on the site, but didn't give any details on the plan.

Muncie city officials say Zinc Nacional and Heritage Environmental purchased 75 of the 110 acres at the former BorgWarner site. Muncie Mayor Dennis Tyler says as the son of a Warner Gear worker, he's excited to see something new and more environmentally-friendly on the west side site.

"Environmentally-friendly manufacturing technology is the next generation of jobs. Because, you know, when my Dad worked there, those were creosote floors. They weren't healthy floors. There wasn't anything healthy in that building when Warner Gear was there."

Waelz Sustainable has an aggressive timeline to build what it needs on the now empty parcel. It wants the first kiln to be fully operational by June of 2020. 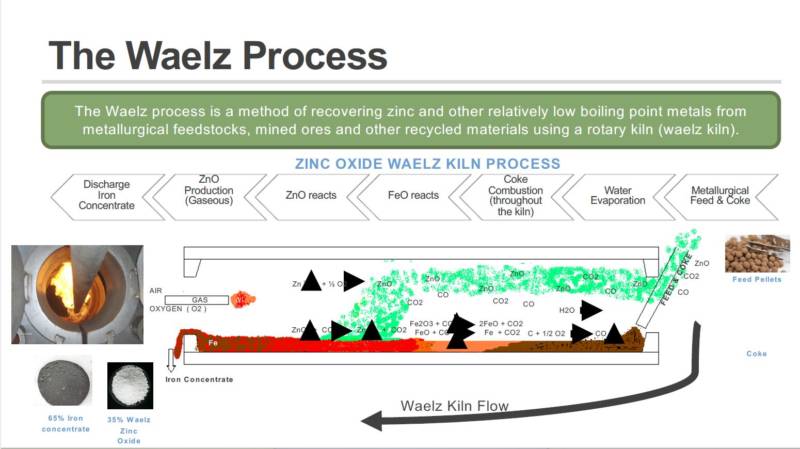 Tags:MuncieZinc NacionalHeritage Environmentalmanufacturing
Support independent journalism today. You rely on WFYI to stay informed, and we depend on you to make our work possible. Donate to power our nonprofit reporting today. Give now.