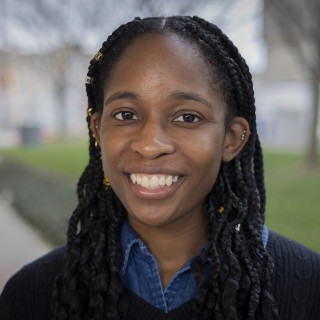 Elizabeth Gabriel (she/her) is the daily education reporter at WFYI. Previously, she was a Journalism Fellow at KLCC in Eugene, Oregon, where she covered stories related to diversity, equity and inclusion. In 2021, she won a Regional Edward R. Murrow Award for excellence in sound, after shadowing volunteers in Eugene’s annual point-in-time count of people experiencing homelessness. She is also a winter 2021 recipient of a national fellowship from the Education Writers Association.

Elizabeth’s stories have aired on NPR and the Northwest News Network — a regional collaboration between public radio stations in the Pacific Northwest. When she is not reporting, the native Texan can be found spending time with her dachshund named Henry.