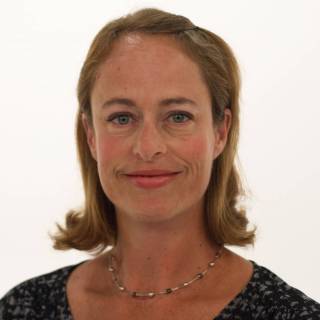 Jill Sheridan Poulos has a background in broadcasting and theater.  She officially became the Health and Science Reporter for Indiana Public Broadcasting in 2016, but she has spent seven years at WFYI Public Radio as reporter and anchor.

Jill has also worked at a number of Indy media outlets doing news and traffic.  Jill spent a summer as the dolphin show narrator at the Indianapolis Zoo. She has experience as an on-air personality and an actress. She graduated from Miami University in Ohio.  Jill is a wife and mother who enjoys cooking and camping.

Final Round Of C-CERF Grants Announced

Hospital CEO Shares His Experience With COVID-19, Running Hospital Network During A Crisis

Indianapolis Prepares To Move To Stage 4 Of Reopening Plan

Sen. Mike Braun (R-Ind.) said Thursday he will stop pushing his recent bill to reform qualified immunity protections for police without input from law enforcement. There are questions concerning when those talks happened, despite statements Braun made on Fox News earlier this week.

COVID-19 has been totally devastating for some Hoosier fireworks companies. One company owner says his business needs help to survive and a proposal from U.S. Sen. Todd Young (R-Ind.) could be the answer.

Face masks will be required for students, teachers and all staff in grades sixth and higher when classes resume in Marion County school districts for the new academic year as part of the effort to stop the spread of the coronavirus.

The Indianapolis Symphony Orchestra is the only orchestra of the 52 largest in the country to terminate health insurance for furloughed musicians.