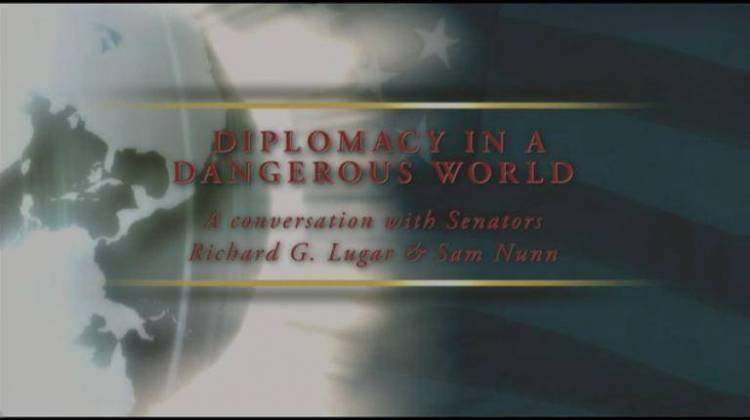 The Nunn-Lugar Cooperative Threat Reduction Program, which became law in 1992, is credited with deactivating more than 7,600 nuclear warheads that were once aimed at the United States. Now these two U.S. Senators, Richard Lugar and Sam Nunn, authors of this landmark legislation, appear together in this public conversation, on Feb. 25, 2014 at the University of Indianapolis, to talk about their work.

The discussion, moderated by NPR's Steve Inskeep, examines current threats around the world posed by weapons of mass destruction and explores how the senators’ framework can continue to reduce these dangers and inform global diplomacy.

Produced in partnership with the University of Indianapolis.

Indiana Lawmakers completed its 41st season on March 14, 2022. Only in production during the Indiana General Assembly’s sessions, this show keeps Hoosiers updated on the hottest issues being debated by the state’s legislators. Host Jon Schwantes and legislative analyst Ed...