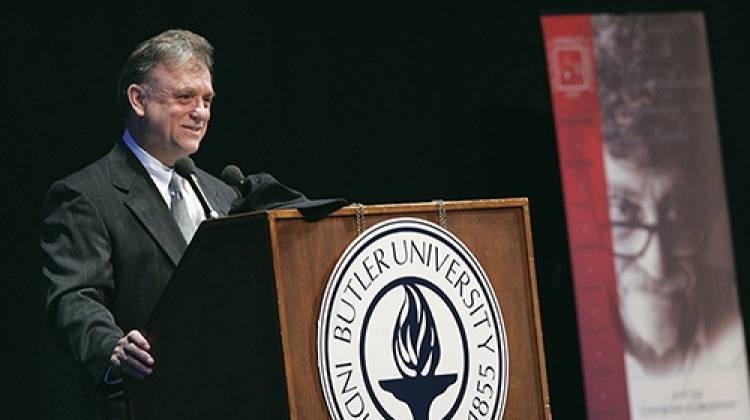 Recognized as one of the great writers of the 20th century by legions of fans and critics, Kurt Vonnegut passed away on April 11, 2007.

Plans to honor Indianapolis’ native son through the Year of Vonnegut included his second appearance as the McFadden speaker. Those who attended the lecture on April 27, 2007 experienced a moving and memorable event as Mark Vonnegut delivered his father’s words.

Indiana Michigan Power workers installed a new, stand-alone pole Thursday near the nest the raptors had built on a utility pole inches from live electrical lines in the Noble County town of Avilla.
Read More
hey