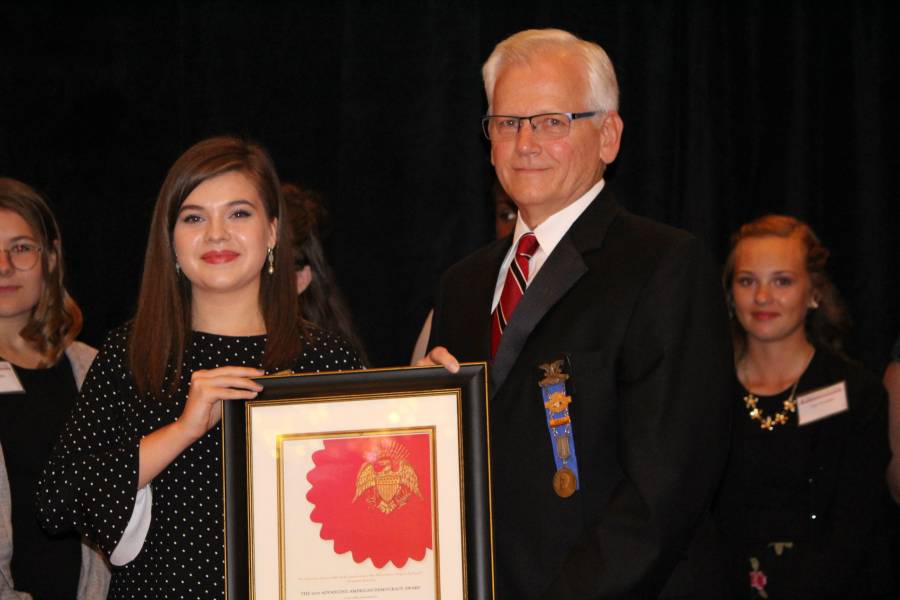 “Lloyd is an exceptional servant leader who not only understands the importance of strong civic partnerships, but actively invests in them,” BHPS President Charles Hyde said. “Under his leadership, WFYI has grown and flourished into a vital community resource fully integrated into the cultural fabric of our community.”

“Not only was I happy to be linked with the tremendous work of Paula, whom I admire very much, but it was a great reminder of how fortunate I’ve been to be associated with WFYI for the last three decades,” Wright said. “This recognition is a team award to be shared with WFYI staff, our boards of directors, thousands of volunteers and each of our financial supporters.”

Wright is one of the most accomplished media executives in Indiana. A member of the Indiana Broadcasters Association Pioneers Hall of Fame since 2013, he has grown WFYI’s annual operating budget from $2.5 million in 1988 to more than $11 million today. He helped lead two successful capital campaigns totaling $29 million, one of which allowed for the organization’s move into its contemporary facility on Meridian Street in 2008. During his tenure, WFYI has been honored with multiple PBS Development Awards and has received the prestigious Station of Excellence Award from the National Academy of Television Arts and Science four years in a row, something no other station has done.

About The Benjamin Harrison Presidential Site
The Benjamin Harrison Presidential Site celebrates the remarkable legacy of America’s Hoosier President. The museum is a national historic landmark situated in the Old Northside within easy walking distance of downtown Indianapolis and the bustling 16th Street corridor. The 1875 Italianate mansion is exquisitely restored, and has an exceptional collection of more than 10,000 artifacts. Daily tours of the property include a 75-minute guided tour through the Harrison’s house and private quarters. Highlights include an awe-inspiring collection of Gilded Age finery, paintings, furniture and personal presidential gifts and mementos. The privately operated, non-profit organization receives no direct tax support and is dedicated to sharing the life stories, arts and culture of an American President to increase public participation in the American system of self-government. Find out more at PresidentBenjaminHarrison.org.