WFYI Public Media today announced updates to its weekday program schedule that will provide listeners with an additional hour of Here & Now, as well as regular opportunities for the station to share expanded local segments. These updates will begin April 4. A live production of NPR and WBUR Boston, in collaboration with public radio stations across the country, Here & Now reflects the fluid world of news as it’s happening in the middle of the day, with timely, smart and in-depth news, interviews and conversation.

In the last two years, WFYI’s mid-day audience has expanded significantly, turning to the high-context, conversational and in-depth storytelling available through the public media station’s radio content. With those audience trends in mind, Director of Radio Roxanna Caldwell chose to expand Here & Now’s timeslot to fill the hour that All IN, Indiana Public Broadcasting’s statewide talk show, will occupy until its final show on April 1.

“WFYI listeners value the thoughtful, nuanced and trustworthy reporting on Here & Now,” said Caldwell. “Plus, our local team, from WFYI News reporters to our radio program hosts, will have the opportunity to contribute regularly with expanded segments that we can air during Here & Now.”

All IN, Indiana Public Broadcasting Stations’ (IPBS) statewide radio talk show and podcast, will air its final episode on April 1. The show launched on July 17, 2019. The show’s production team and IPBS announced that the show would be ceasing production earlier today. IPBS is a not-for-profit association of nine NPR radio stations and eight PBS television stations.

“When we looked at both audience preferences and WFYI’s expanding content team, we wanted to find a program that gave us the flexibility to report on breaking news, highlight local content and continue to provide the high-quality programs our listeners rely on,” said WFYI President and CEO Greg Petrowich.

Listeners will be able to listen to this full schedule via 90.1 FM WFYI Public Radio as well as the station’s live radio feed, available at wfyi.org/listen and via smart speakers.


About WFYI Public Media
Since 1970, WFYI Public Media has served Central Indiana as a trusted friend. Its nonprofit public radio and TV stations, digital content and community engagement activities provide trusted journalism, inspiring stories and lifelong learning to Hoosiers of all ages and walks of life. WFYI broadcasts original content, as well as PBS and NPR programs. Learn more at wfyi.org and follow WFYI online on Facebook, Instagram and Twitter. 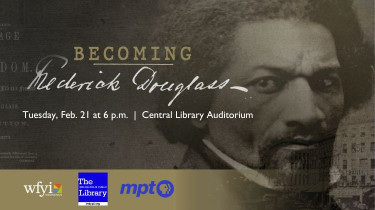