Even before the World Health Organization declared monkeypox a global health emergency, Indiana officials were determining how to best respond to a potential monkeypox outbreak.

The virus, which is a cousin of smallpox, has been spreading around the globe since May. It’s been identified in 78 countries and 46 states, including Indiana.

“We’ve already started a lot of the same things we implemented on the onset of COVID,” Dr. Lindsay Weaver, the chief medical officer for the Indiana Department of Health (IDOH), told WTIU/WFIU News. “[Ensuring] our providers across the state know what’s available when it comes to vaccines, antivirals, treatment – [we’re] making sure that this is on their radar.”

As of Friday morning, the state reported 45 confirmed cases of monkeypox.

The current outbreak is unique because the virus is spreading in places it has not typically been found before. In prior years, monkeypox was reported in several African countries, with occasional cases in other countries linked to travel from Nigeria. Now, the illness is spreading in Europe, the Americas and elsewhere.

The virus spreads through fluids, contact with an infected area or prolonged face-to-face contact. Those infected might experience a fever and muscle aches before developing an irritating rash with lesions that eventually turn white and burst.

“It’s not like COVID where, ‘OK, I was in a large room and maybe someone had it there,’” Weaver said. “It’s really those kind of close-contact situations.”

Indiana’s first case was reported in Lake County in June. Health officials there theorized the virus made its way to Gary from nearby Chicago. Illinois has the third-highest number of monkeypox cases, trailing behind New York and California, according to data from the U.S. Centers for Disease Control and Prevention.

Since the first case was confirmed in Lake County, at least 12 other counties have reported cases, according to a July 22 Indiana Department of Health briefing addressed to healthcare providers.

“It’s actually spread all over the state and all corners,” Weaver said. 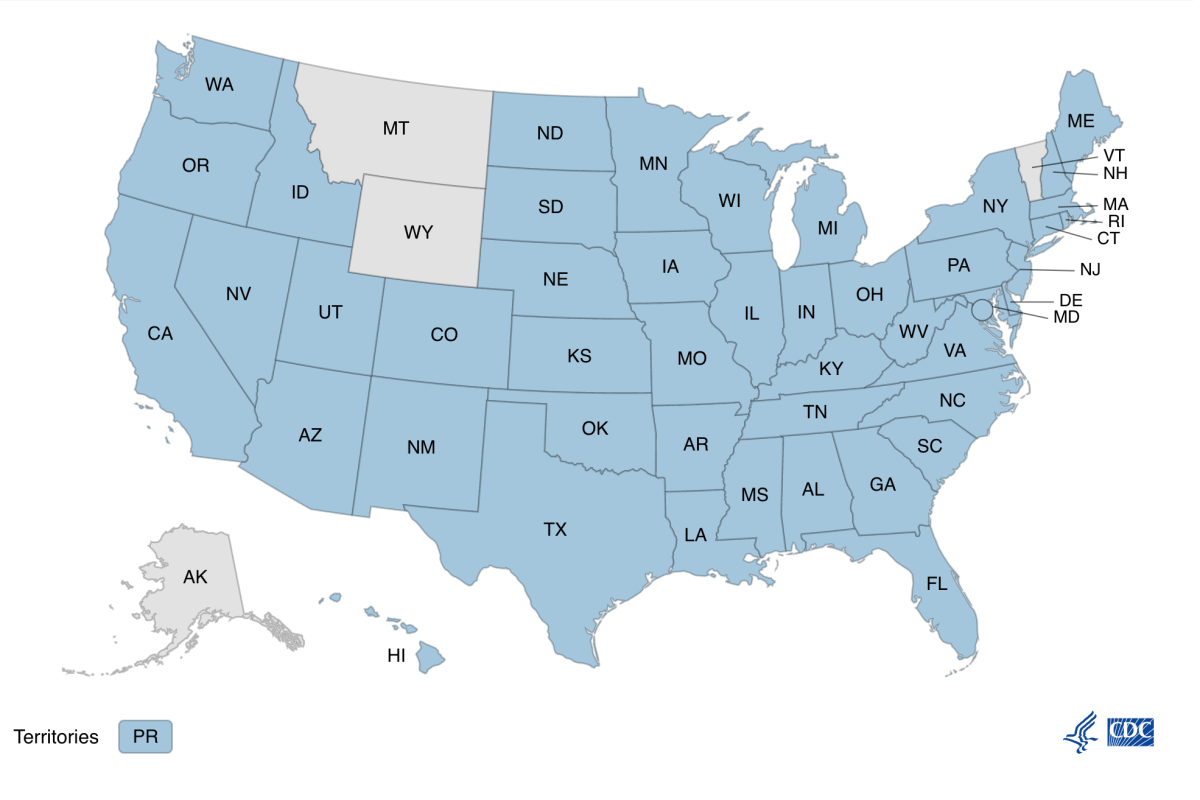 But the July 22 IDOH briefing showed the virus might be taking a different path in Indiana.

As of late last week, monkeypox cases had been identified in a handful of Hoosier women, representing 20 percent of the roughly 30 confirmed cases confirmed in Indiana at that point. That stands in contrast with global and national data: Roughly 98 percent of cases globally are among men, and 99 percent of those cases are among men who have sex with men, according to the World Health Organization.

Most Hoosier cases have been in gay and bisexual men, Weaver said, but the virus’ spread here, which includes women and children, shows it’s not limited to a certain population.

“It is important that we use the networks, whether it be social media, word of mouth, working with partners, to make sure that they are aware [and] to protect themselves,” she said.

There are similarities between the HIV outbreak in the 1980s and the current monkeypox outbreak, particularly in news coverage, said Bill Yarber, a senior scientist at IU’s Kinsey Institute for Sexuality, Gender and Reproduction. Back in the ‘80s, Yarber was tasked with writing the nation’s first school curriculum on HIV.

“There may not have been any intent to marginalize or stigmatize, but we have to be careful not to point our finger or blame [people],” he said.

To Yarber, the spread of monkeypox to women and children shows the importance of treating monkeypox like any other communicable disease – not as a sexual one. Monkeypox isn’t inherently sexual, and there’s currently no evidence that it’s spread through semen or vaginal fluids.

“The words that we use are really important, very important. Because we may inadvertently make that person feel like we’re pointing fingers at them,” Yarber said. “Those individuals may not seek treatment or diagnosis as quickly because of the stigma. And then they may not disclose this to anyone else or family or something.”

The department of health has taken careful steps to not label monkeypox a sexually transmitted infection, Weaver said. The agency is now focused on outreach that emphasizes reducing risk of transmission.

There are two vaccines licensed by the U.S. Food and Drug Administration to prevent monkeypox: JYNNEOS, also known as Imvamune or Imvanex, and ACAM2000. But supplies are limited. These vaccines can protect people against monkeypox illness when received before or after a recent exposure, according to the CDC, although data is not yet available on the effectiveness of the vaccines in the current outbreak.

Efforts to increase vaccine access are underway, said U.S. Department of Health and Human Services Secretary Xavier Becerra said in a press briefing Thursday. HHS has secured more than 1.1 million doses of the JYNNEOS vaccine to distribute to state and local health departments across the nation in the coming days and weeks.

The goal is to both stay ahead of the virus and end the outbreak. HHS is working to provide vaccines, as well as supplies for testing and treatment, prioritizing areas with greatest need.

“We’re gonna do everything we need to do,” Becerra said.

But ultimately, he said, it’s up to state and local health departments to determine how to use the resources: “We don't have the authority to tell them what to do. We need them to work with us.”

The state currently has enough vaccine doses for 1,500 people, Weaver said, and they aren’t sure when more will arrive.

Weaver said the health department is following CDC guidance and, unlike COVID-19, are focusing on vaccinating people after a potential exposure.

“If you get that vaccine within four days of your exposure, it can actually prevent you from getting the monkeypox,” she said. “And if we give the vaccine between 4 and 14 days after exposure, it can significantly reduce your symptoms.”

Weaver said they’re starting to expand vaccines to people at high risk for exposure and severe disease. Then they’re hoping to open up to people just at high risk. They’ll have to balance current needs with the potential for a future outbreak.

“If we hear from the CDC [about] timing, about when we’re going to get that next allocation [of vaccines], that’ll help us feel more secure in pushing the vaccine out for pre-exposure.”

Of the 21,000 cases globally, only 5 people have died. Nobody in the U.S. has died from monkeypox, but officials say preparing the state’s health infrastructure will be key to keeping it that way.

Tags:MonkeypoxIndiana Department of Healthglobal emergencymonkeypox vaccines
Support independent journalism today. You rely on WFYI to stay informed, and we depend on you to make our work possible. Donate to power our nonprofit reporting today. Give now. 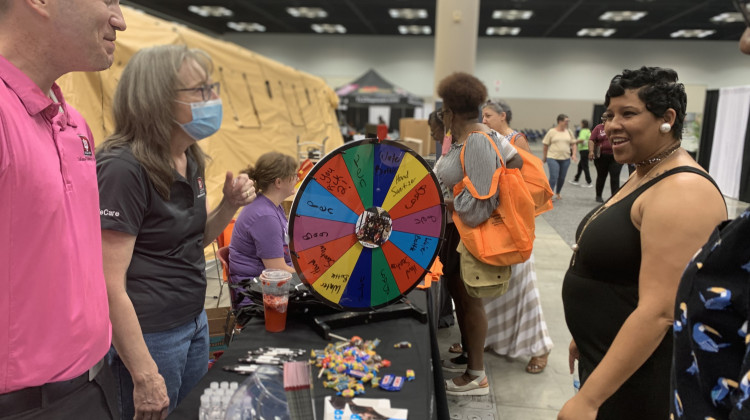