Nearly 300,000 Hoosiers could have their student loans canceled

Around 294,000 Hoosiers could have their student loans wiped away under President Joe Biden's effort to forgive up to $10,000 of federal student loan debt.

Even more could have what they owe decreased or totally forgiven if they qualify for Biden’s effort to cancel up to $20,000 of debt for Pell Grant recipients. There are more than 150,800 Indiana recipients of this grant to help low-income students pay for higher education.

Wednesday the president made the long awaited announcement to cancel some of the federal student debt for an estimated 43 million eligible borrowers. To qualify for the relief, an individual’s income must be less than $125,000, or $250,000 for households.

The median household income in Indiana is $58,235, according to the U.S. Census Bureau.

In Indiana, around 906,500 people have federal student loan debt, according to federal data compiled by the Education Data Initiative. The average Indiana resident owes $32,874. Nationwide, borrowers owe $37,667, on average. 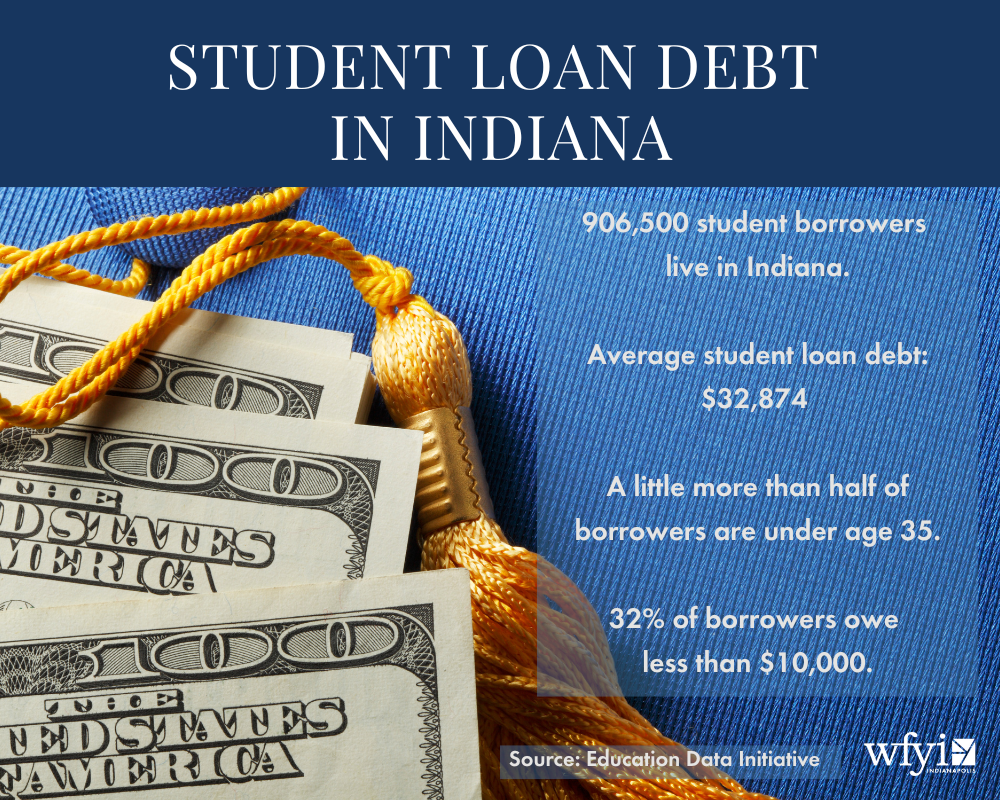 How to know if you qualify

A fact sheet from the U.S. Department of Education explains the rules around Biden’s debt forgiveness plan.

A portal to submit income data to the department is expected to go live before the pause on federal student loan repayments, interest and collections ends on Dec. 31.

Nearly 8 million borrowers may have their debt canceled automatically because the education department has their income data.

The Biden administration said payments are set to resume in January 2023. The loan repayment suspension began in March 2020 to reduce the financial burden of borrowers at the start of the pandemic.

Tags:Joe BidenU.S. Department of Educationstudent debt
Support independent journalism today. You rely on WFYI to stay informed, and we depend on you to make our work possible. Donate to power our nonprofit reporting today. Give now.