INDIANAPOLIS (AP) — Four teenagers were charged with murder Wednesday in the fatal shooting of three young men and a young woman found slain in a ransacked Indianapolis apartment, authorities said.

The four male suspects, three of them 19 and the other 17, were in custody and a probable cause affidavit accuses them of killing the four on Feb. 5 during a robbery at an apartment on the city’s east side.

All four suspects are scheduled for initial hearings on Thursday afternoon. It wasn't immediately clear if any of the teens have attorneys who could speak on their behalf.

Mayor Joe Hogsett announced the arrests at a news conference where he praised the Indianapolis Metropolitan Police Department, and “the cooperation and collaboration of community members" for their efforts leading to the arrests.

"While nothing can bring back the four young people whose lives were cut much too short by senseless violence, these charges serve as a meaningful step toward delivering justice to the impacted families," Hogsett said.

A witness who noticed that an apartment’s patio door had been shattered and possibly shot out called the police late on Feb. 5. The caller said “subjects” were seen fleeing the scene.

Inside, officers found the four victims and the apartment ransacked with drawers pulled from dressers and an empty safe with a key still inside it in a closet, according to the affidavit. Two guns were also missing, it states.

The Marion County Coroner's office identified the three slain men as Marcel Wills, 20, Braxton Ford, 21, and Jalen Roberts, 19; and the woman as 21-year-old Kimari Hunt. All four had died from gunshot wounds.

A witness told detectives that he had been at the apartment the night of the killings and had seen three people show up there in hoodies, according to the affidavit. That person told detectives that “everyone at the apartment was shooting dice and one of the males kept coming and going from the residence while another of the males kept coming and going to the restroom as if he was trying to look around the house,” the affidavit states.

The witness provided a vehicle description and investigators identified the vehicle on surveillance video, the affidavit says.

Tags:IndianapolisIndianapolis Metropolitan Police DepartmentPublic Safety
Support independent journalism today. You rely on WFYI to stay informed, and we depend on you to make our work possible. Donate to power our nonprofit reporting today. Give now. 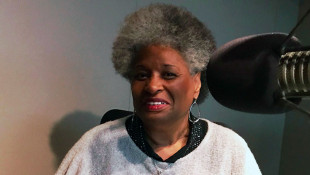 Patricia Holman has been with the city for more than 30 years. She served as a police officer and now serves as the Senior Chaplain. She sat down with WFYIs Taylor Bennett to talk more about the office.